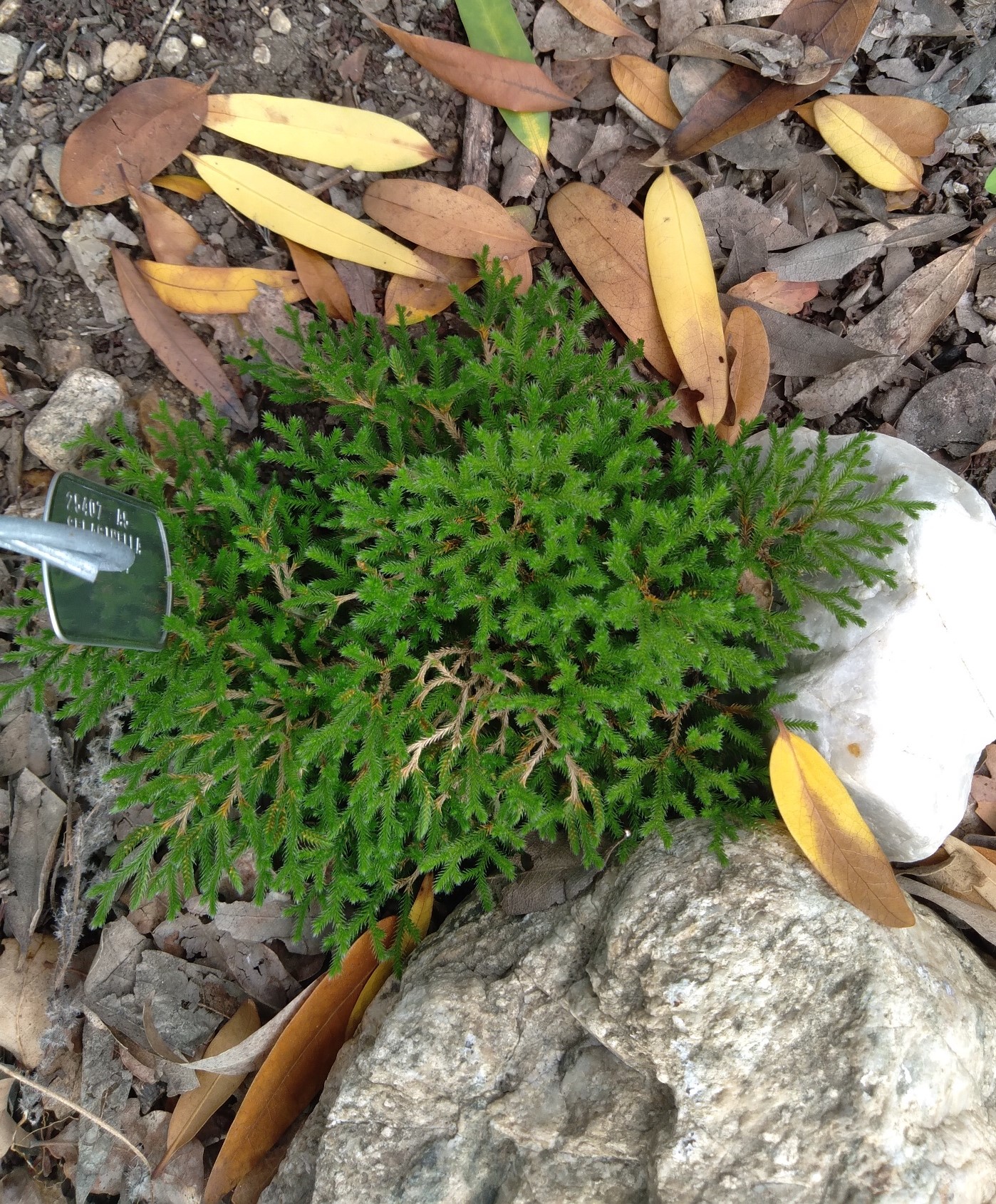 As mentioned in last month’s, update, most of the ferns in both sites have stopped producing new growth; however, fiddleheads were still present on 3 and 5 of the Myriopteris covillei ferns in the communities and the eastern slope, respectively. There was also one Pellaea mucronata fern in the communities site with 7 fiddleheads present.

We have completed two full months of the experimental watering regimens with the chaparral ferns, and have begun to see some noticeable results in tendencies toward dormancy.  The ferns that have been most dramatically affected by watering have been the Pentagramma triangularis and the Pellaea andromedifolia in the communities site. All of the Pentagramma triangularis - save for one plant, which still looks nice and green - that are receiving water every other week have gone into summer dormancy, with all of their leaflets curled up. Two of the Pellaea andromedifolia plants that are receiving water every other week are also dormant, with the leaflets turning a distinctive red color. One of the P. andromedifolia that is receiving water once per week has also gone into dormancy.  There have been no significant differences noted between the different watering schedules in the Dryopteris arguta, Myriopteris covillei, Pellaea mucronata, or Selaginella bigelovii in either site. 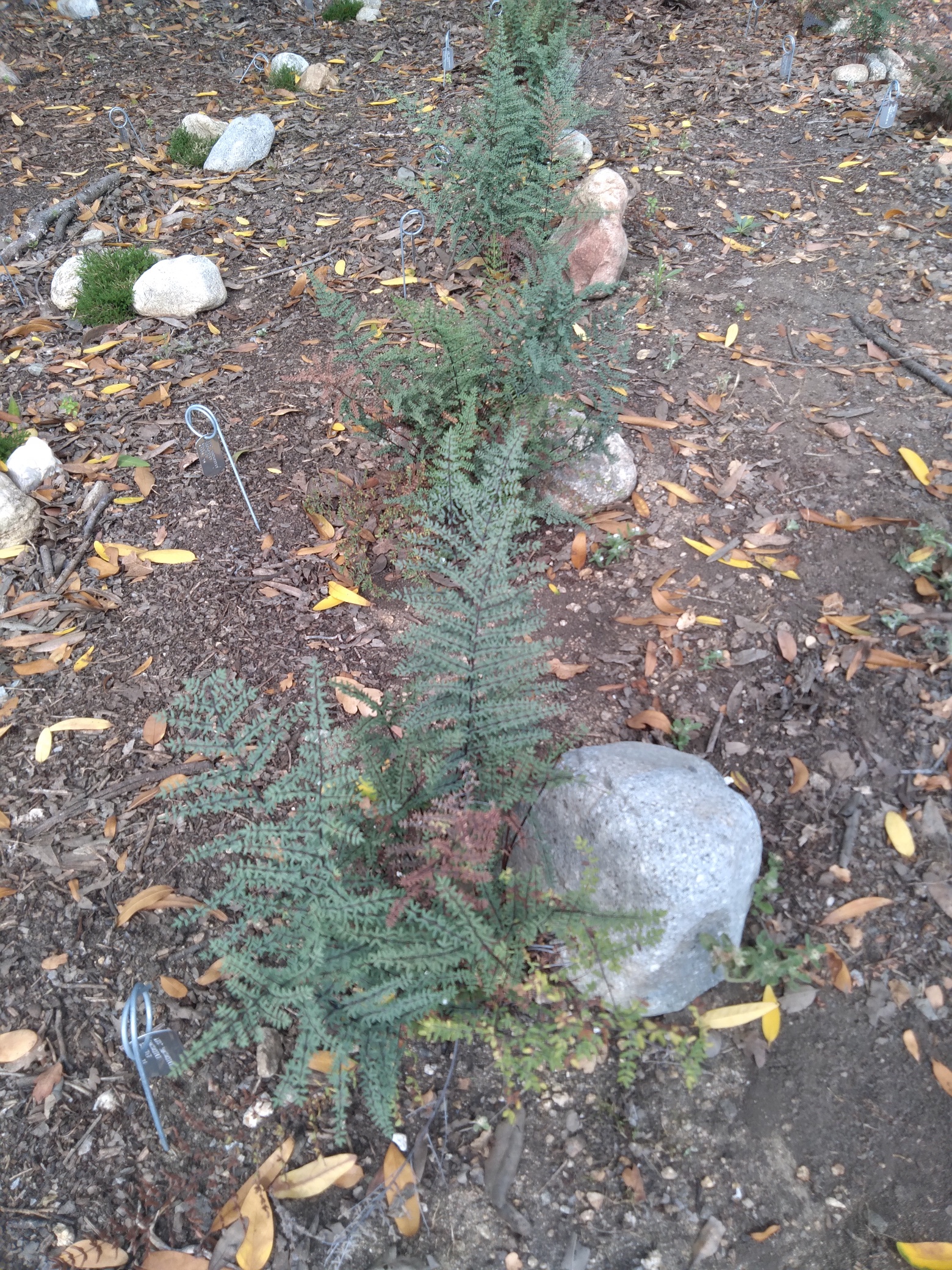 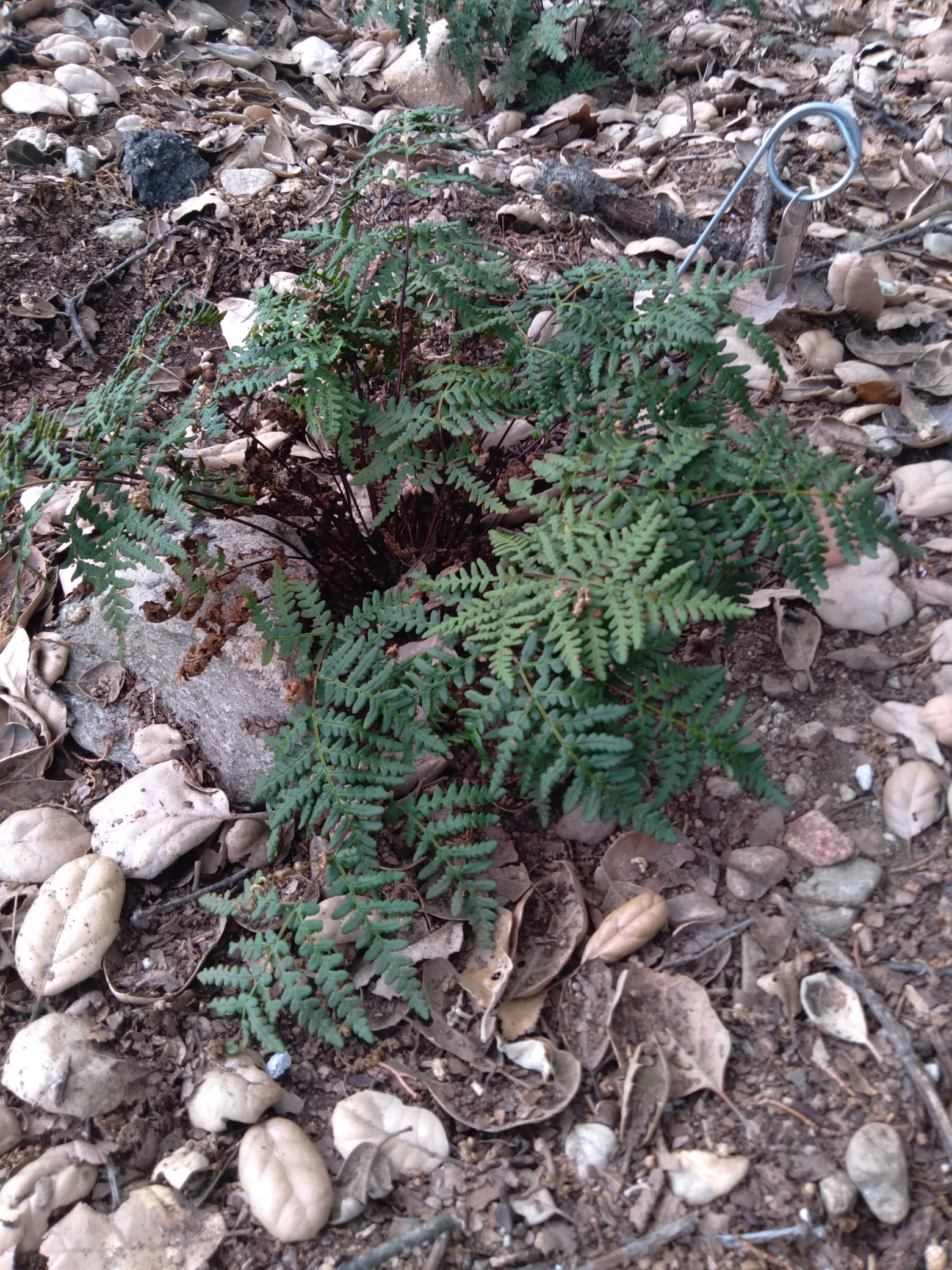 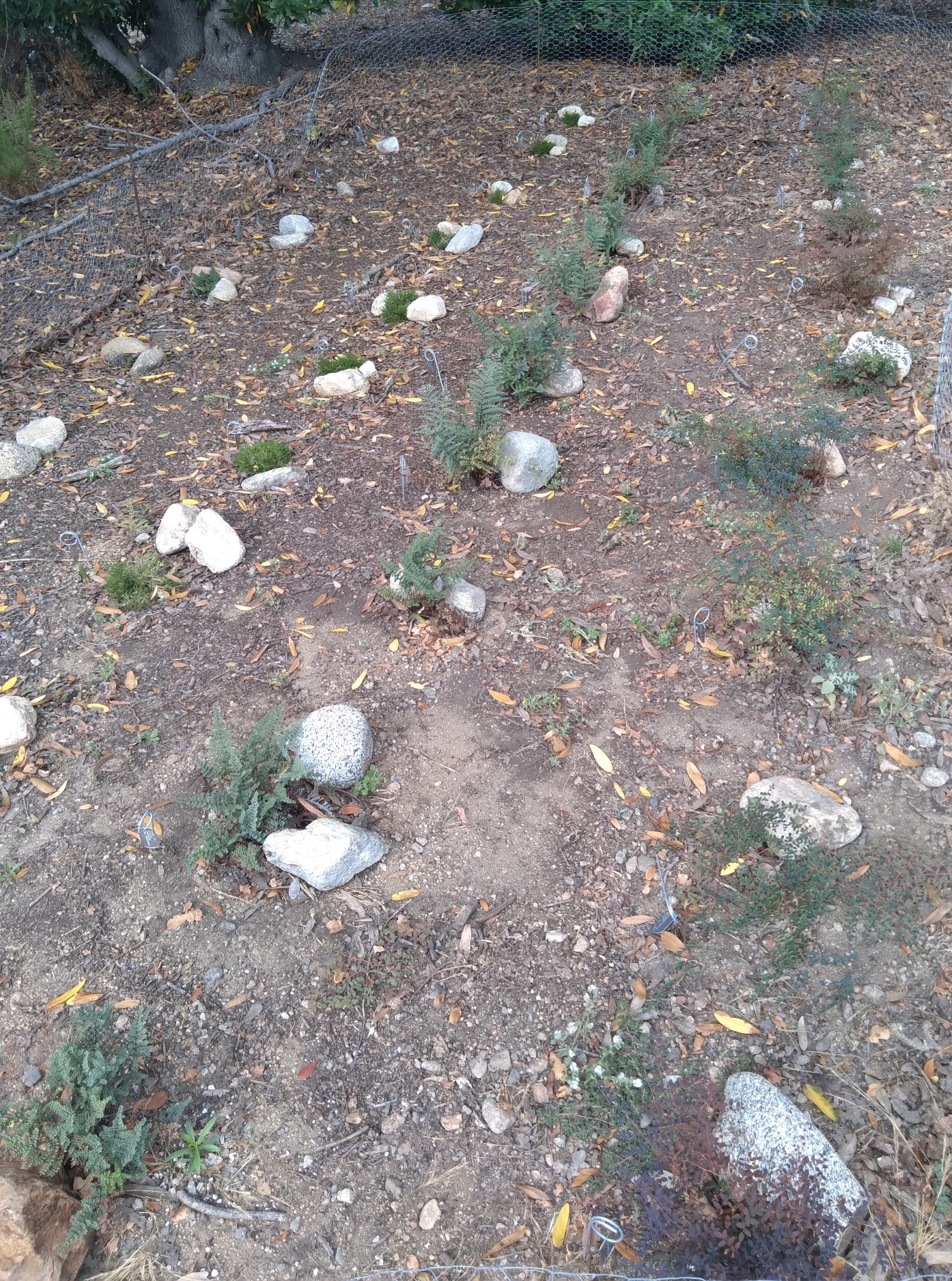