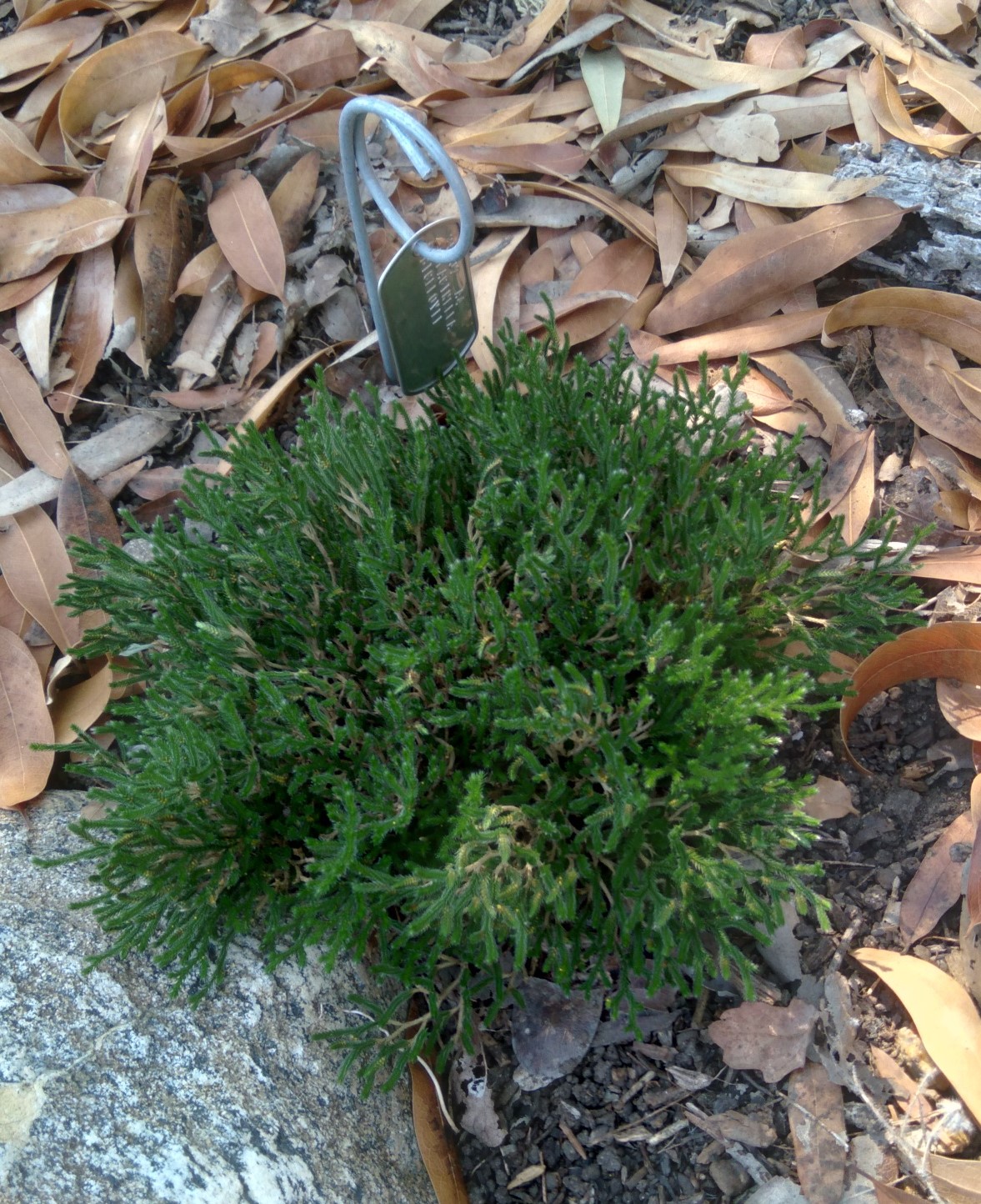 We had record breaking heat this month, with a 115 degree day in the first week of September, and we are currently in the middle of another heat wave that is expected to last through the end of the week. Several plants around the Garden were burnt as a result of the severe heat, but the ferns generally fared well, although many of them are dormant at this time.

The Pellaea mucronata that receives weekly water is continuing to perform well; three of them in the well-draining communities site are pushing out new growth.  The P. mucronata receiving water on a bi-monthly basis continue to show signs of dormancy.

The Pellaea andromedifolia are all in either a partially dormant or fully dormant state, based on how much water and sunlight they receive. One plant in the communities that had several partially dormant forms also showed significant new growth, with five fiddleheads present.

The Dryopteris arguta seem to be performing the best out of the ferns, showing little difference between the two sites, and the two watering regimens.

The Selaginella bigelovii on the east-facing slope has all entered a state of semi-dormancy, with a few green stems lingering. Those that receive water weekly in the communities have maintained their vibrant bright green color.

There has been no change in the Myriopteris covillei or the Pentagramma triangularis since last month.

Hopefully next month we will see some of the ferns break dormancy as fall approaches.