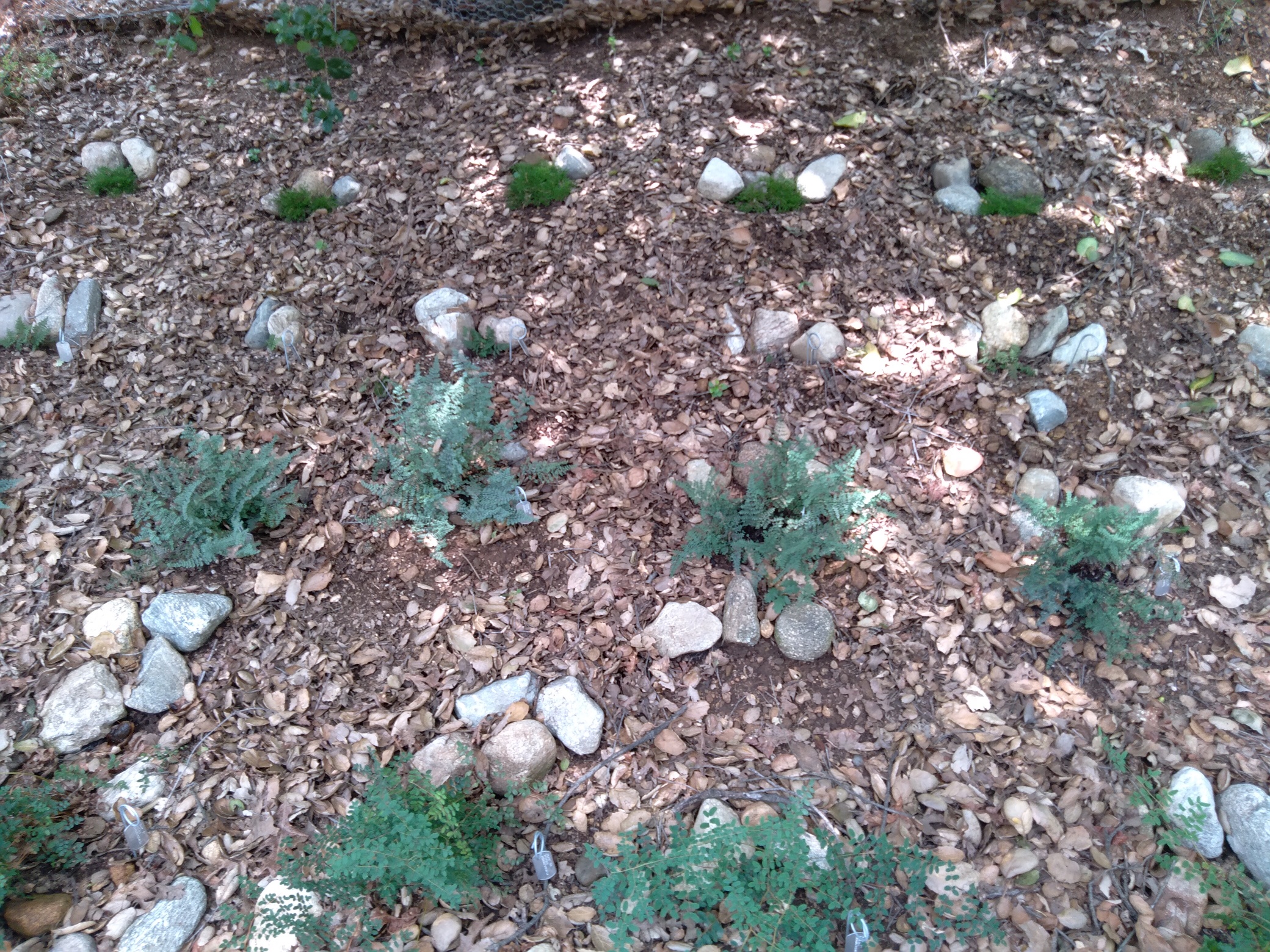 We had a few heat waves in May, with temperatures reaching the upper nineties, but have had some respite with cooling trends recently. We began our summer watering schedule this month, with half of the ferns in each location receiving water once per week, and the other half in each location receiving water every other week. Thus far there have been no discernible differences in performance between the two groups, with growth index numbers continuing to steadily climb. The surge of new growth that we saw earlier this spring, has come to an end. There were very few fiddleheads recorded in May,and most of those recorded were found on Myriopteris covillei – that was true of both locations.

The ferns in the well-draining soil out in the communities get more severe morning sun exposure than those planted on the slope, and they may be showing signs of some stress. Many of the Pellaea andromedifolia have begun to exhibit some chlorotic fronds,as you can see in the photo. The Pellaea mucronata have also exhibited some chlorosis in the same area. However, there is no chlorosis present on any of the ferns on the slope with more clayey soil – they are generally looking great. 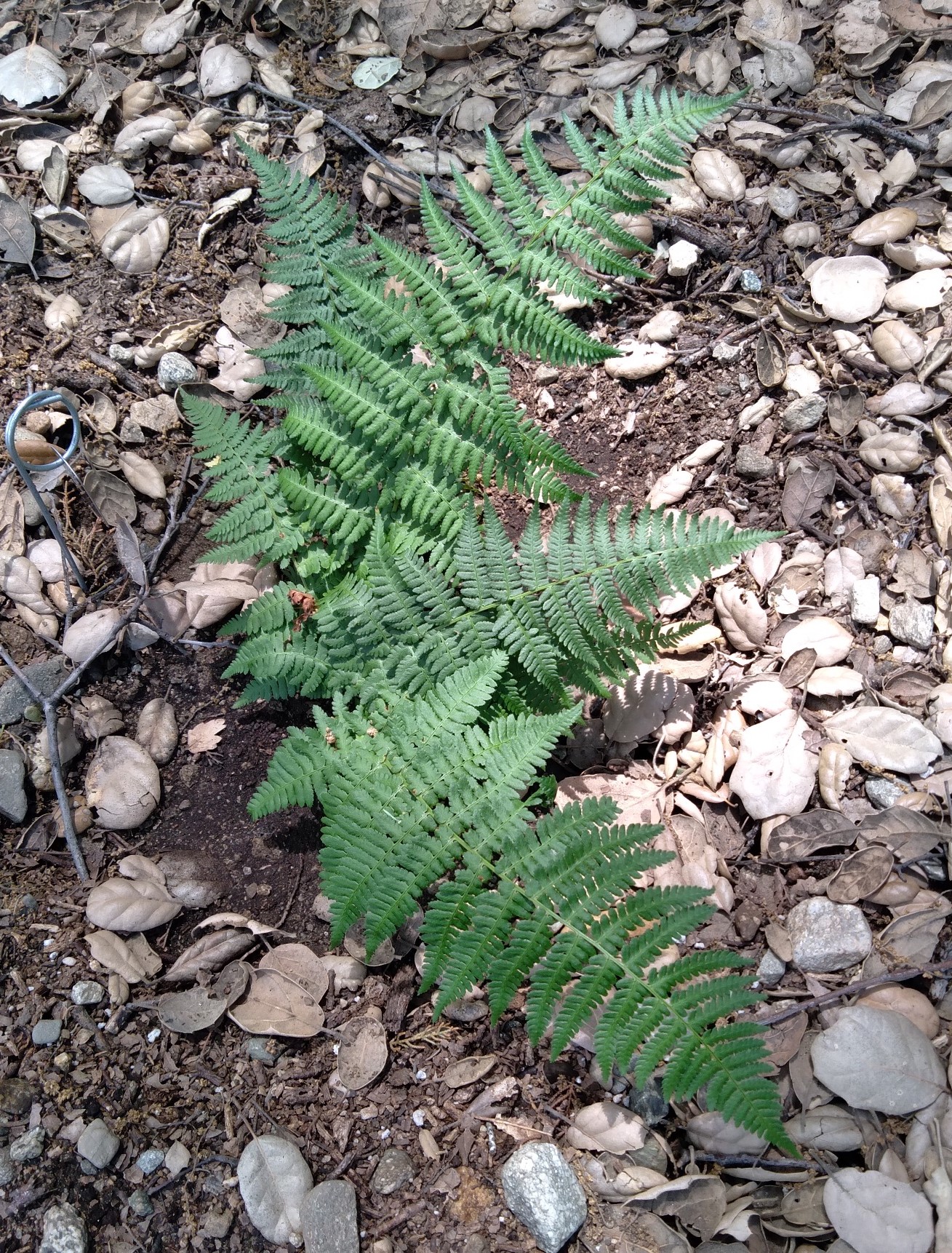 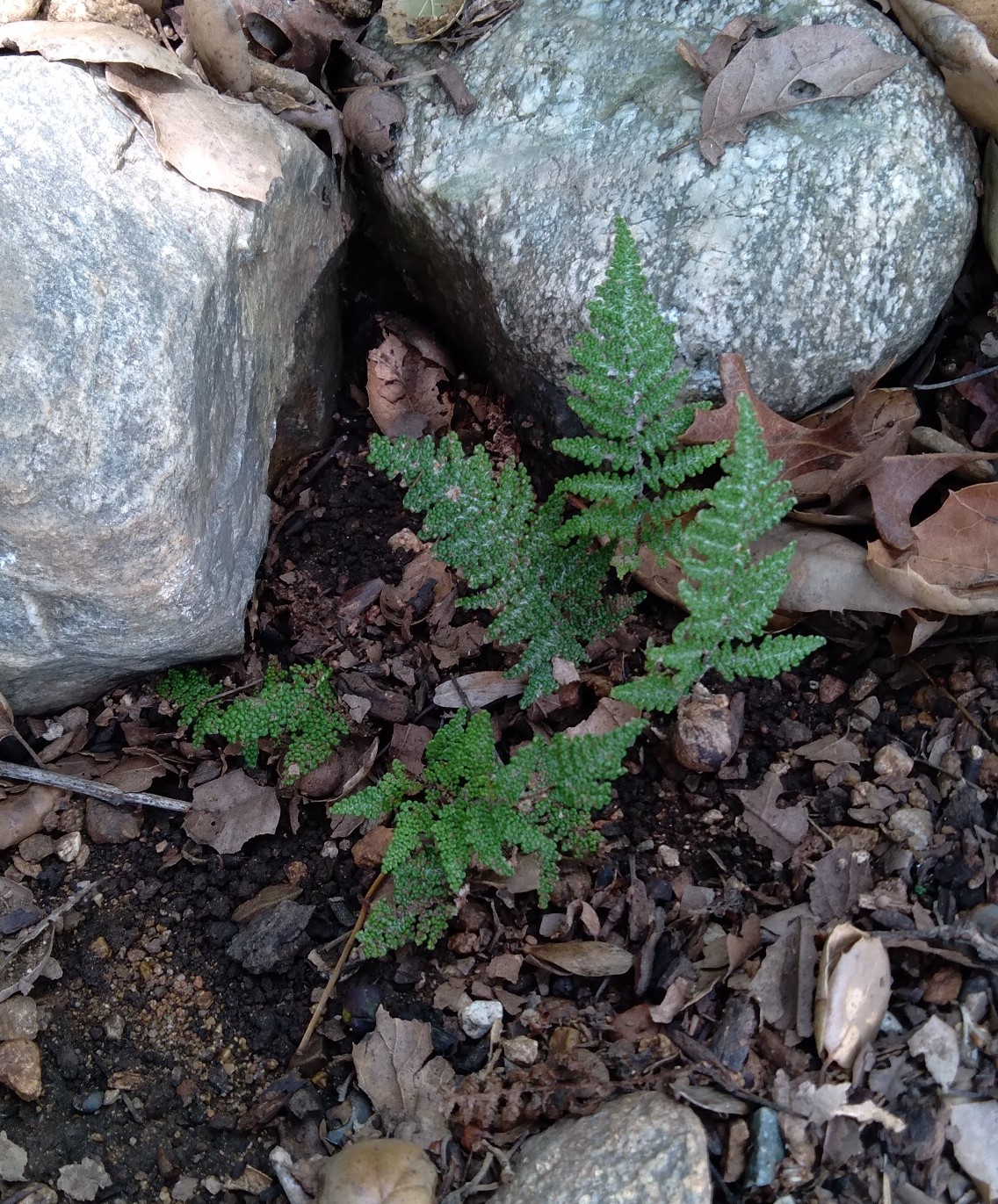 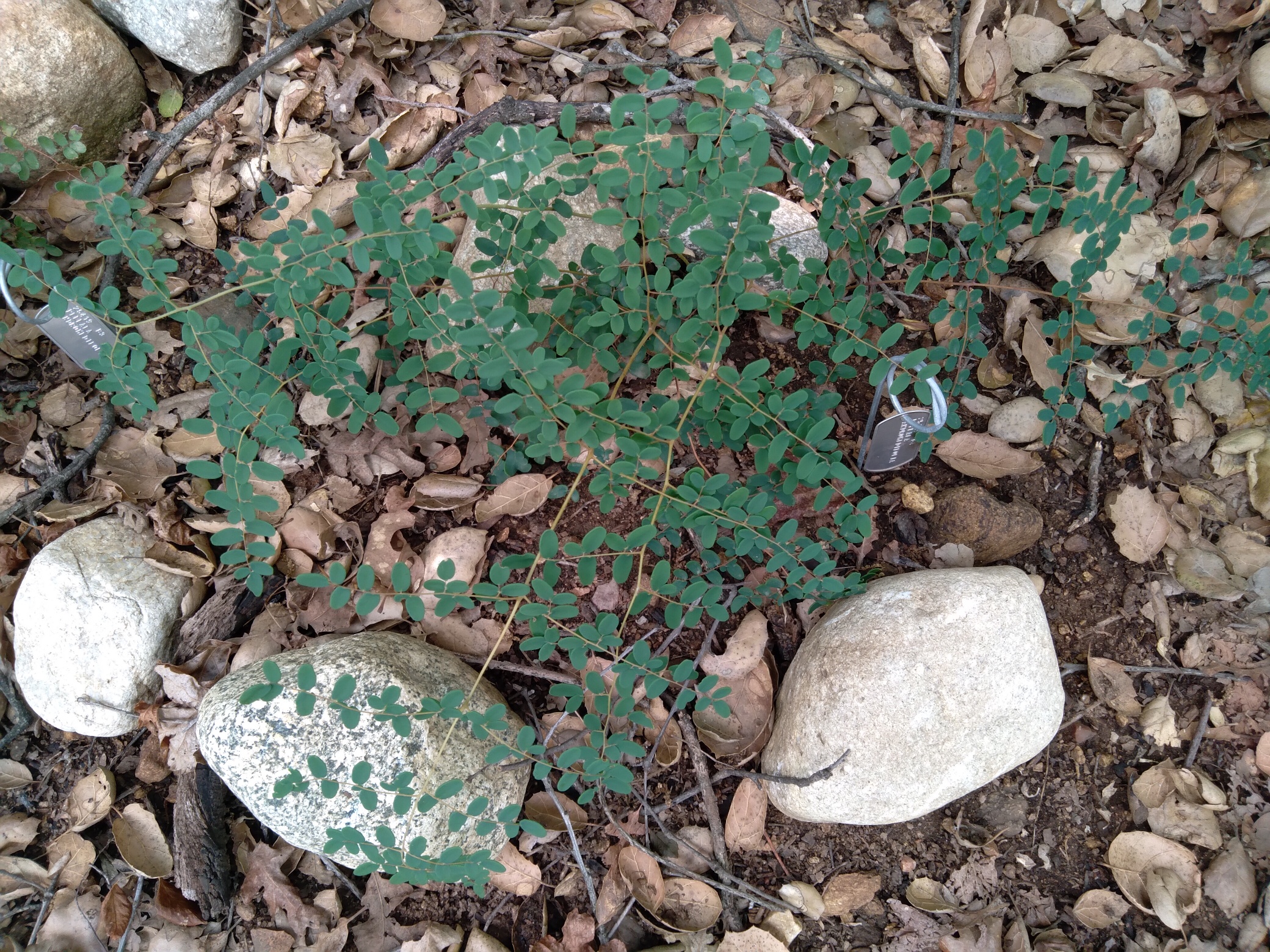 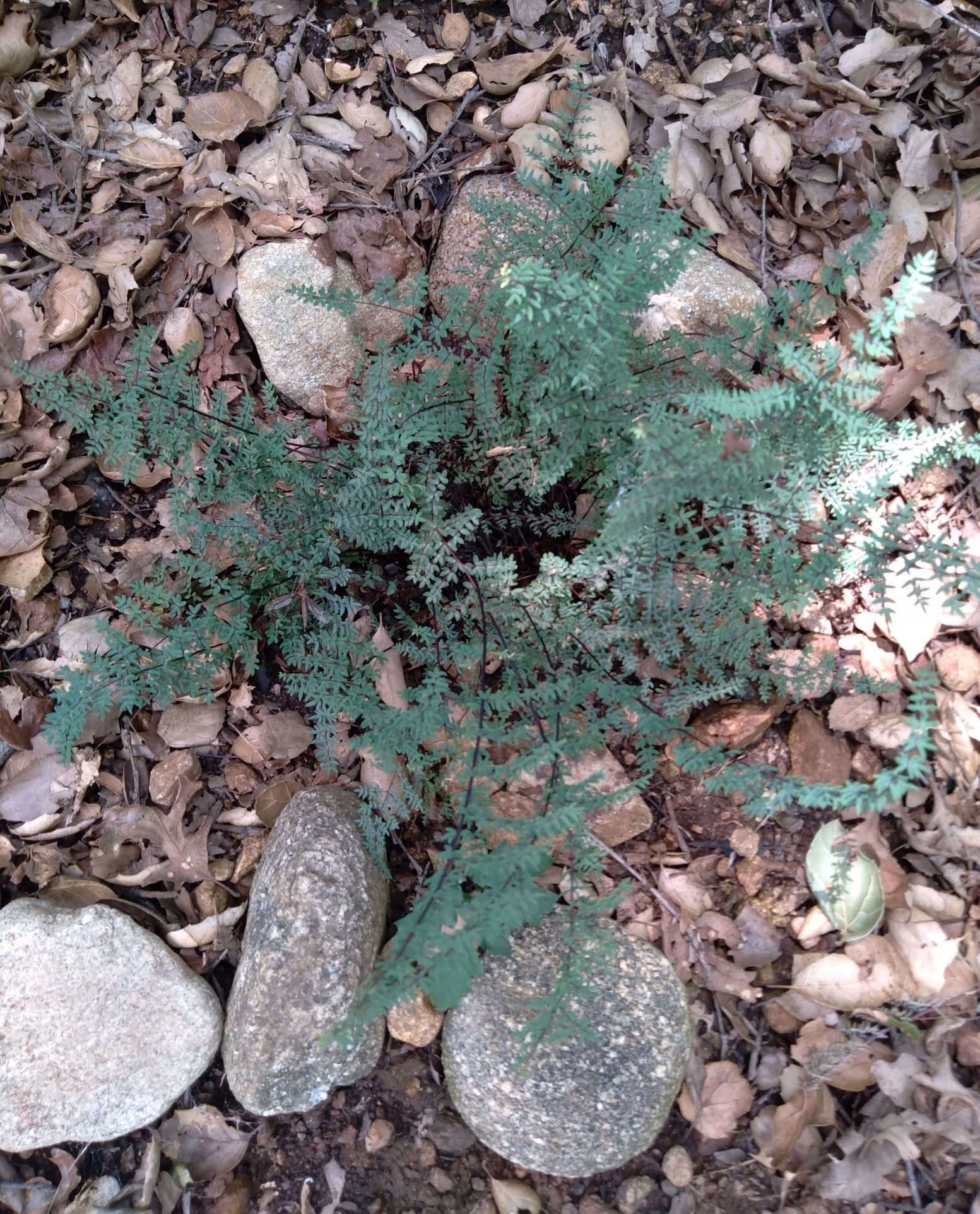 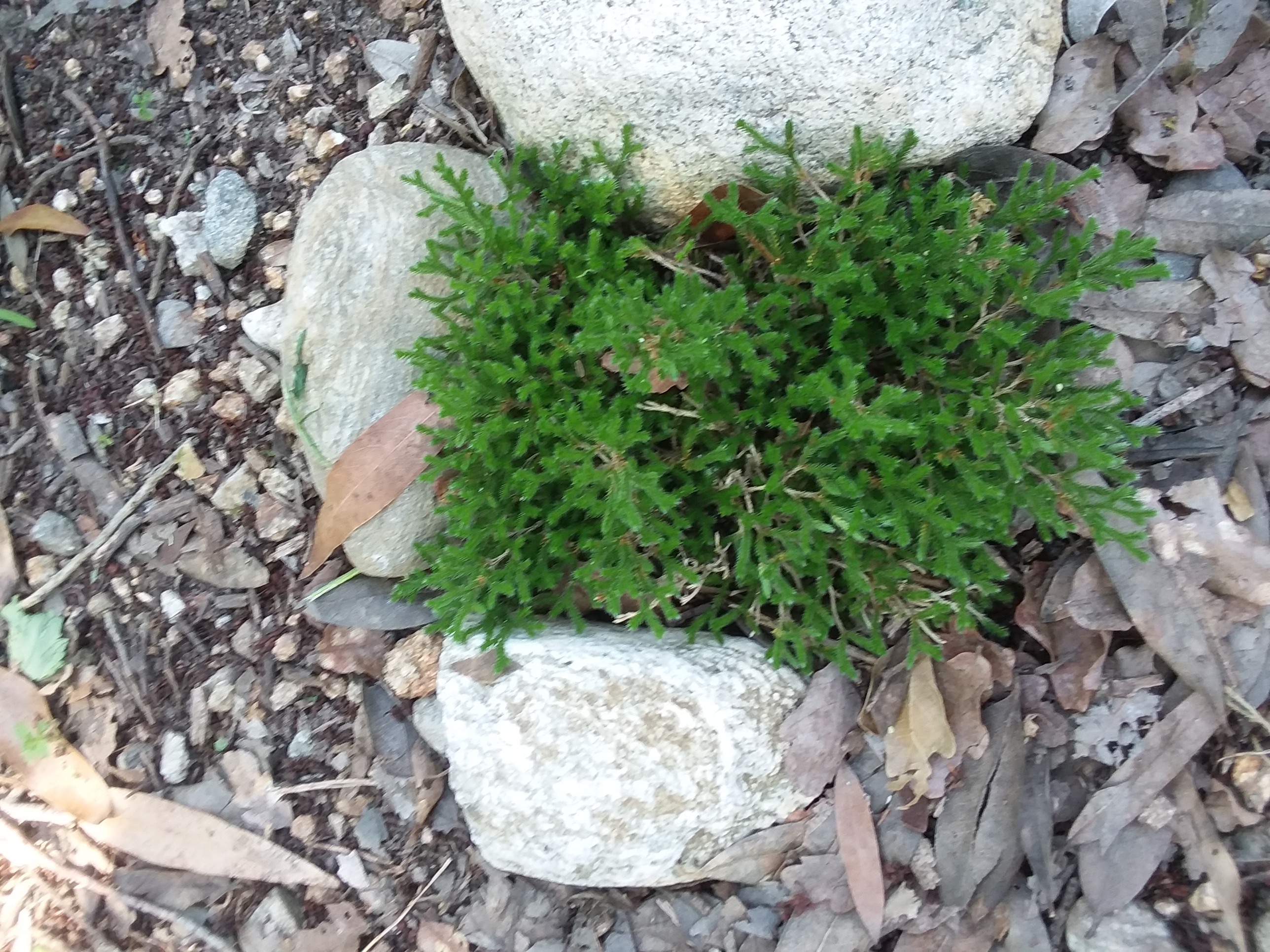 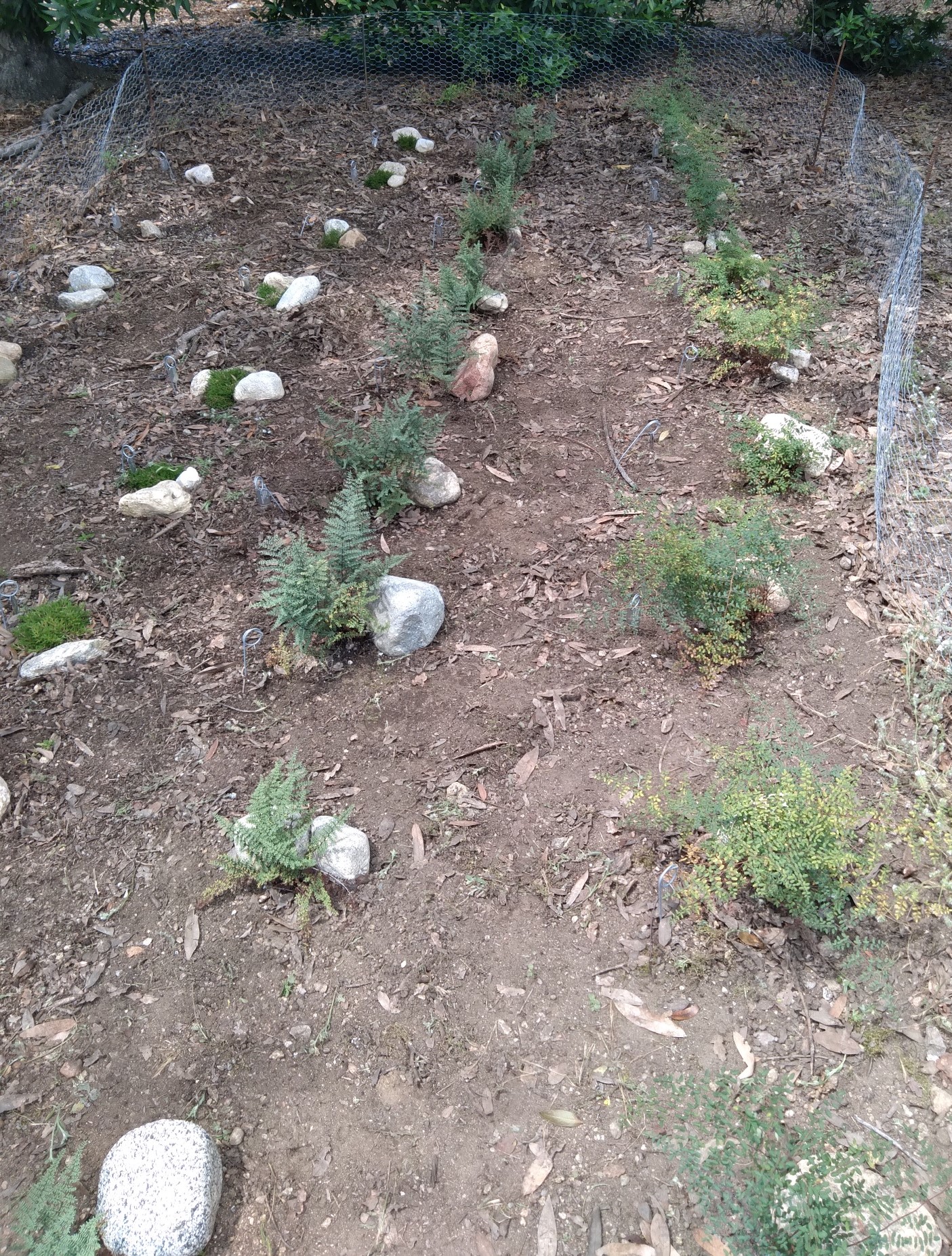