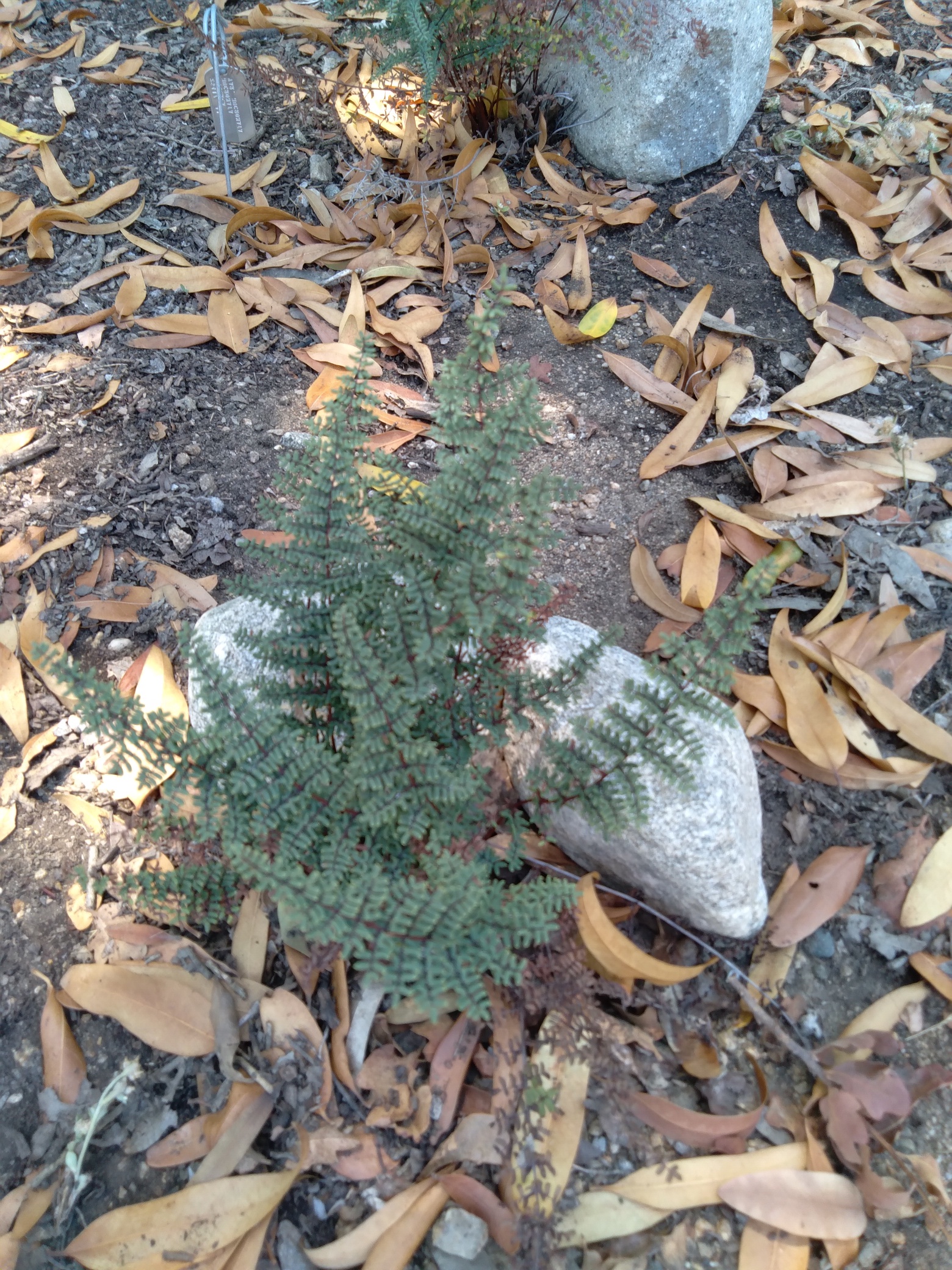 Summer is in full swing, and we are currently in a heat wave with temperatures measuring 105 degrees in Claremont today, which is expected to continue through the weekend. There are a few updates in the dormancy states of the chaparral ferns - all of the Pentagramma triangularis in both locations (except for one on the east-facing slope that has somehow maintained completely green fronds with water once per week) have gone dormant or will be completely dormant in a matter of days.

The Dryopteris arguta, Pellaea mucronata. and Myriopteris covillei are still not displaying significant differences between the groups that are receiving more or less water nor between the two soil types.