Growth for the Chaparral Ferns in March 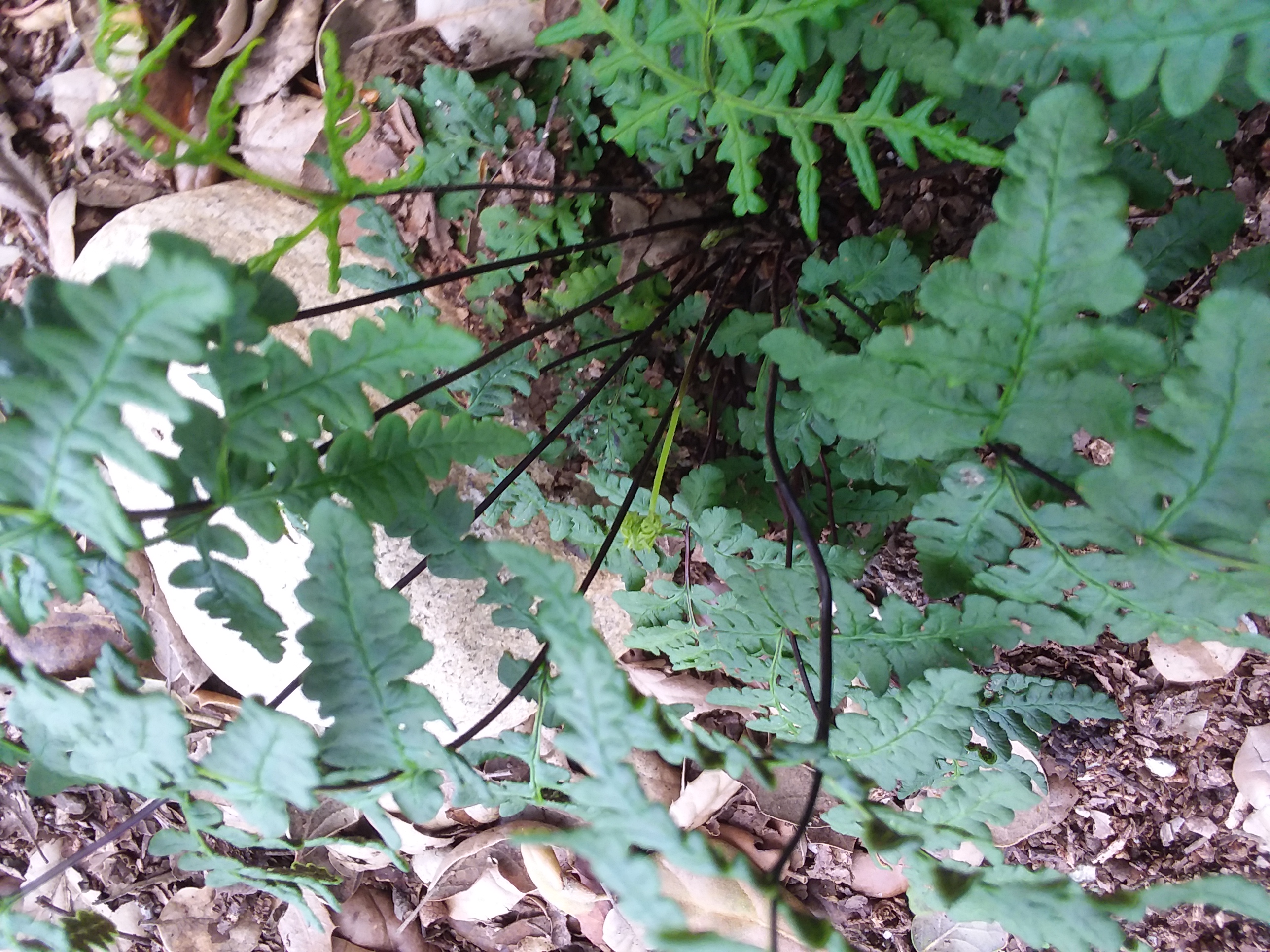 The Dryopteris arguta are also starting to push out some new growth, and have already unfurled some new fronds this season. The Dryopteris on the east-facing slope have an average of one fiddlehead per fern.

The growth index rate of the Selaginella bigelovii is increasing very slowly on the well-draining soil of the communities, while those plants on the slope have not seen a lot of new growth, but still seem to be doing well.

Many of the Myriopteris covillei seem to be struggling. Those that were more robust at the time of planting have still continued to be vigorous, with several new fiddleheads, ranging from 1 to 4 per fern in the communities, and 1 to 6 per fern on the east-facing slope. It will be interesting to see how they progress with time. 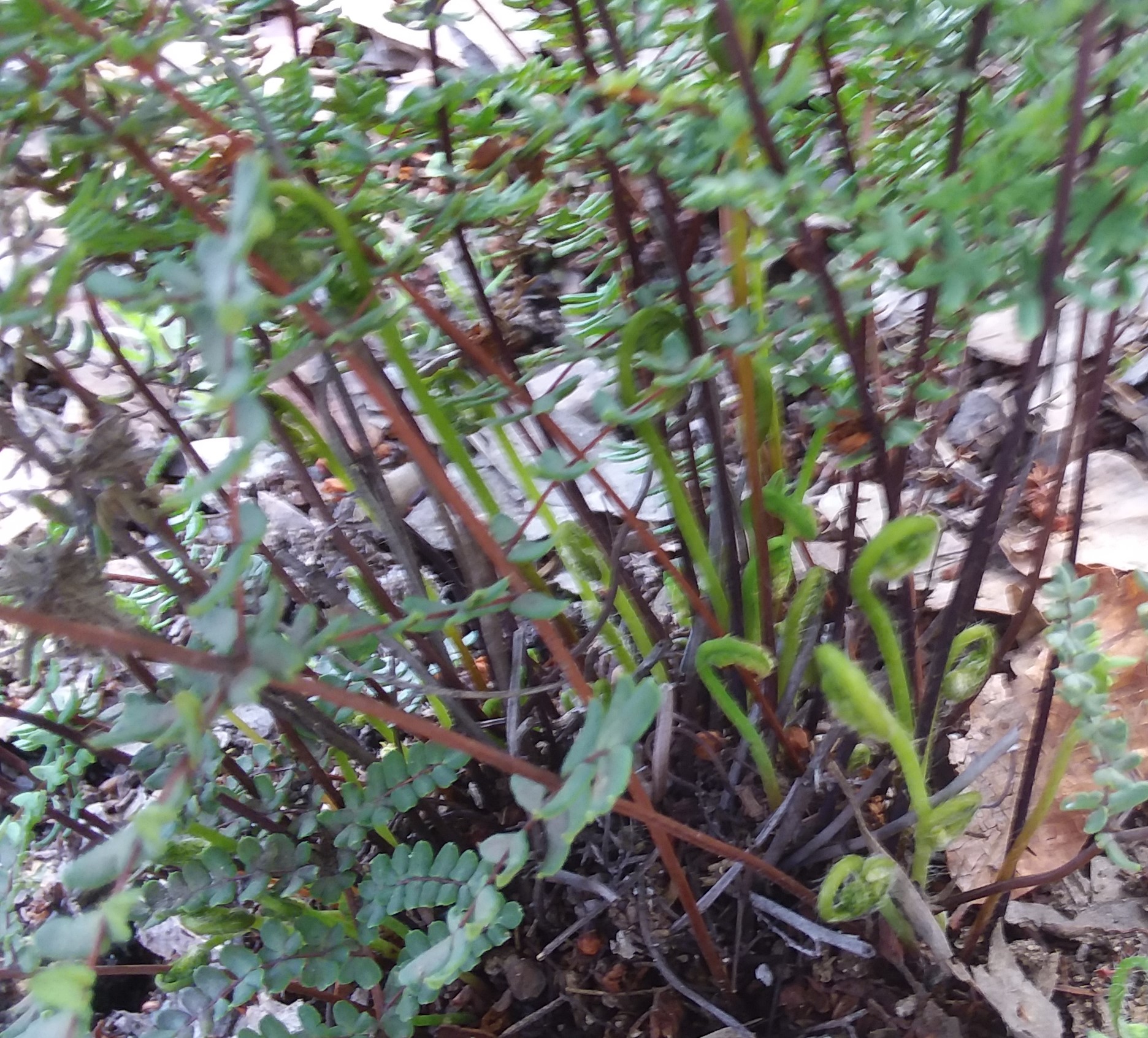