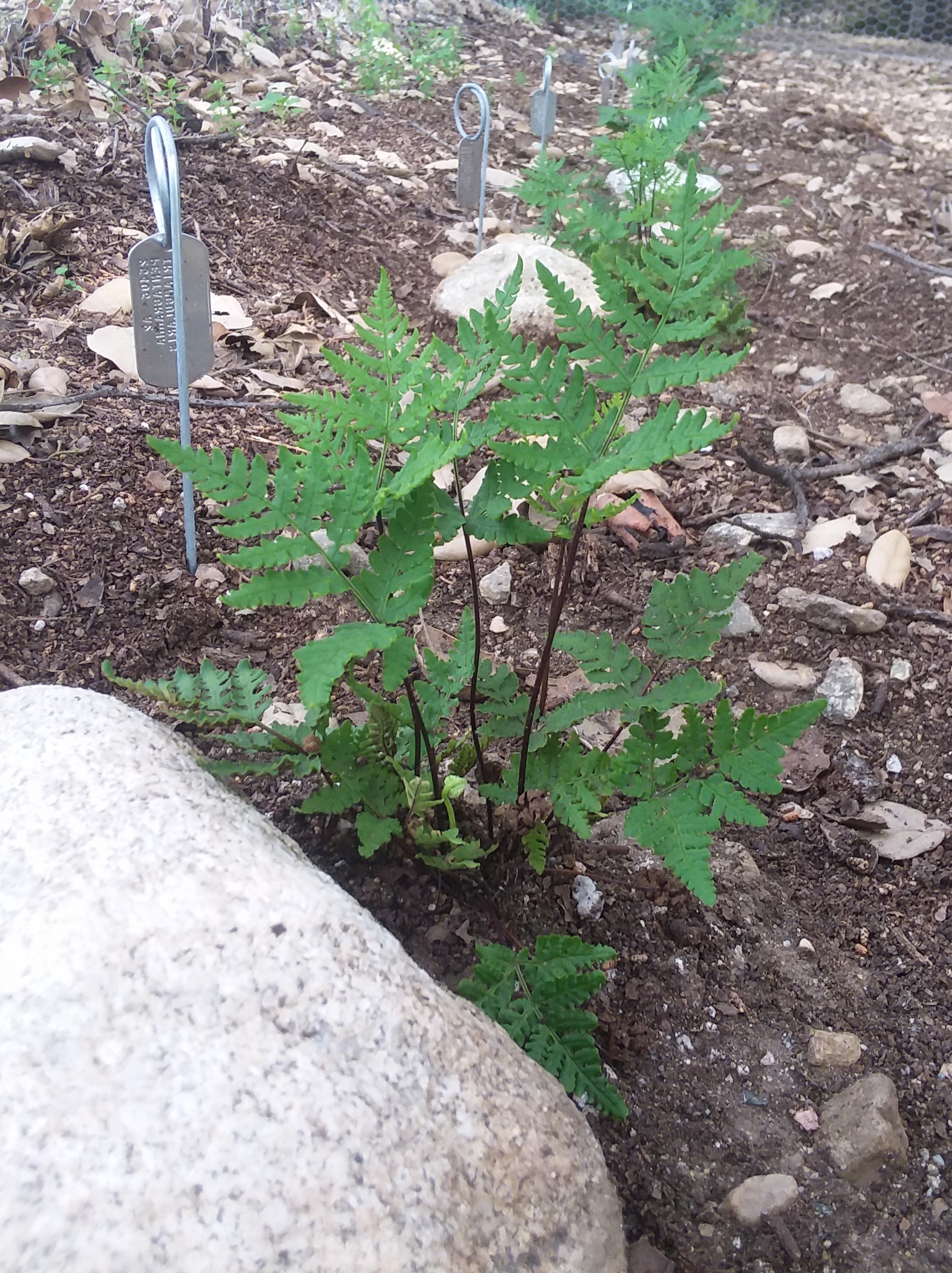 The chaparral ferns have continued to do quite well in both locations. We have been measuring the growth of each plant every month, and assigning each one with a monthly growth index. Based upon an average of the monthly growth index for each species, the Pellaea andromedifolia, and Pellaea mucronata are performing similarly in both locations, with growth indexes nearly doubling since planting in November. The Dryopteris arguta planted in the communities have a much higher positive change in growth index, which increased by 3.39 times, compared with those planted on the east-facing slope, which have increased by 1.92 times. However, several of the D. arguta plants on the east-facing slope are showing signs of new growth. Like the Dryopteris, the Selaginella bigelovii also show a higher growth index number in the communities, but only by a factor of 0.5. The Pentagramma triangularis and Myriopteris covillei both have slightly higher levels of positive growth index change on the east-facing slope by a factor of 0.5, but positive growth has been recorded for both species at both sites. We have experienced a few losses since the initial planting in November, of one of each of the following species: Dryopteris arguta, Myriopteris covillei, and Pentagramma triangularis. Those specific plants were not rooted-in well at the time of planting, and were therefore not able to survive the transplanting process. 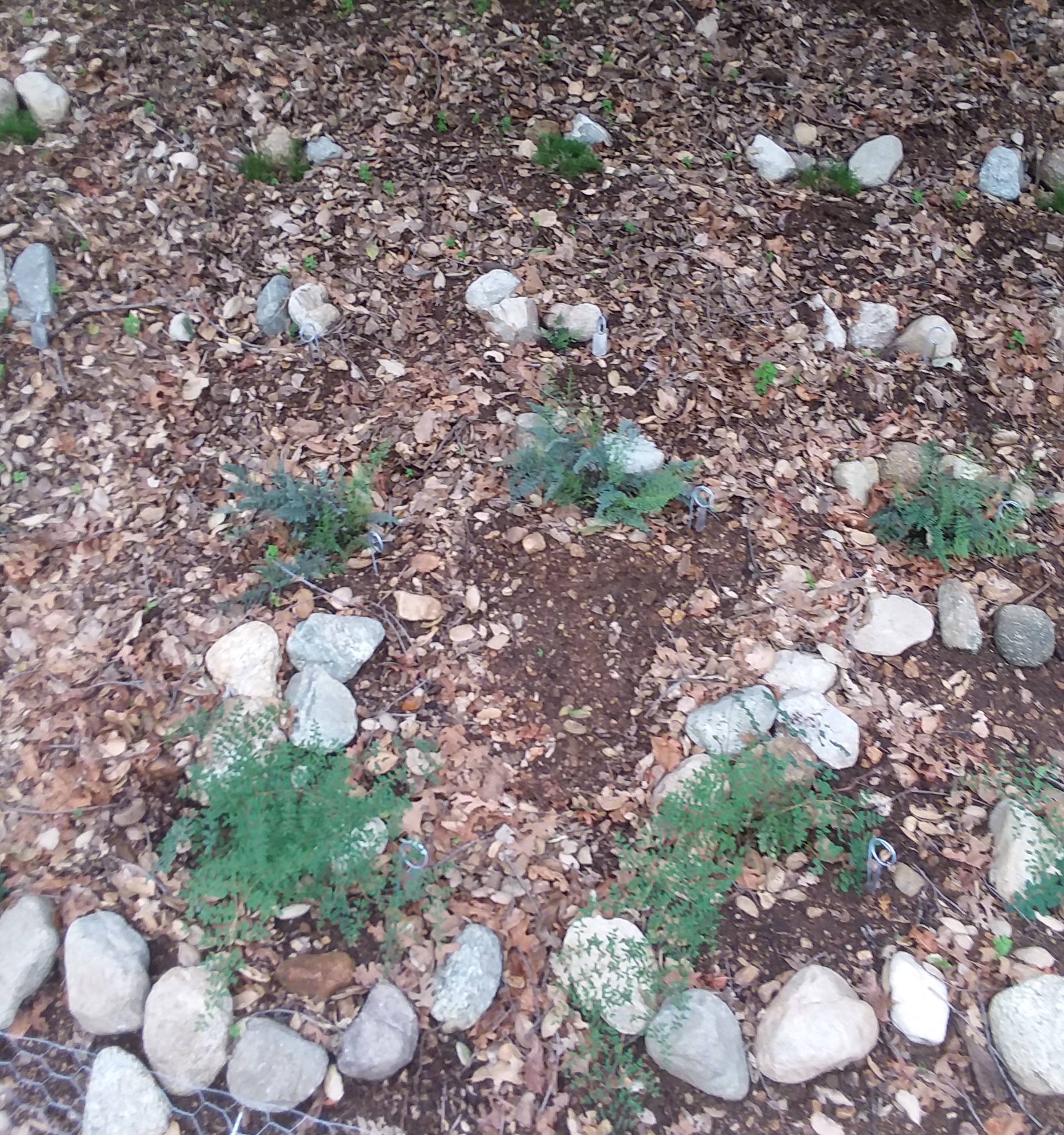