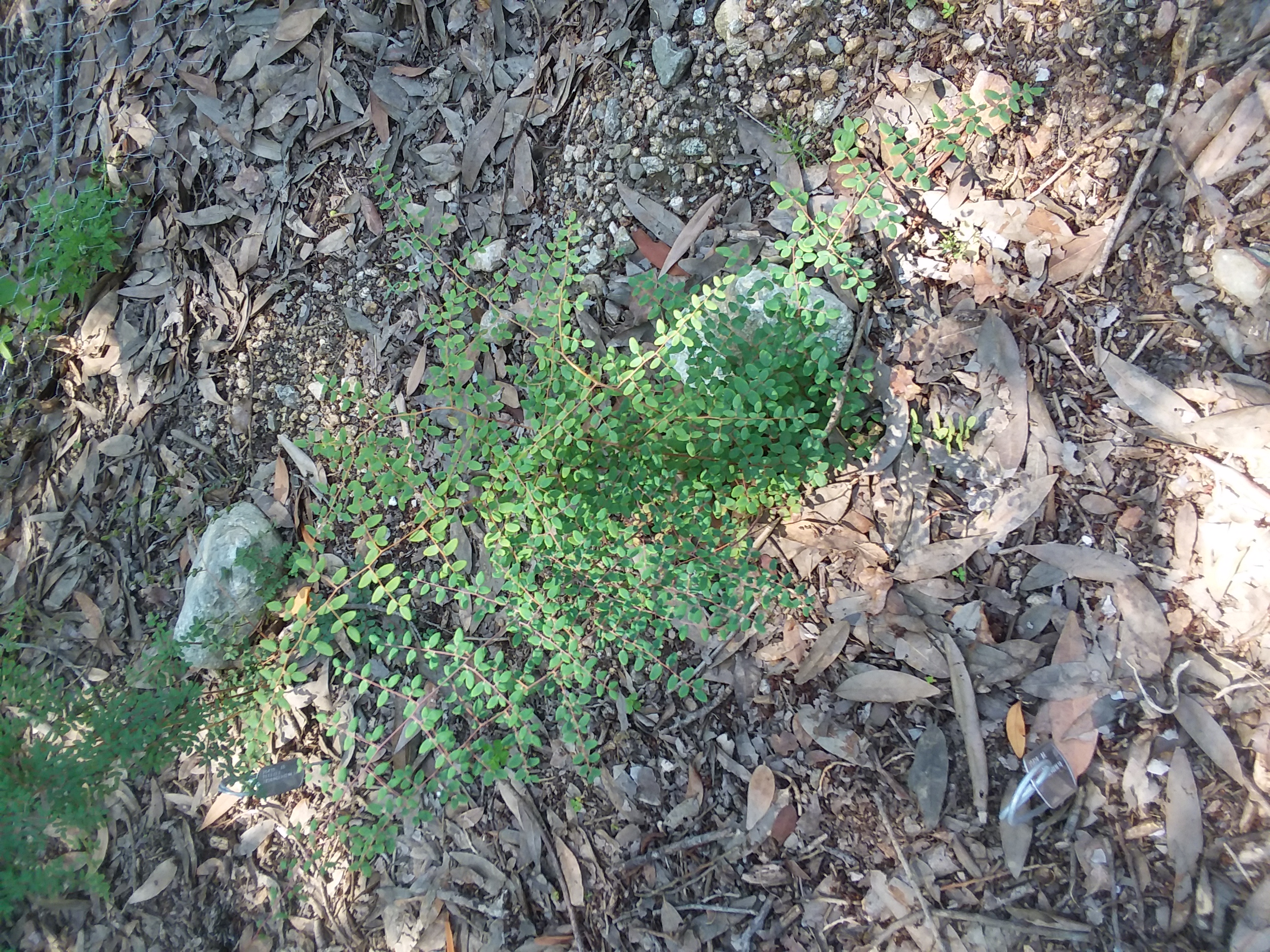 The chaparral ferns were featured on the third installment of Forever California, the official podcast of the California Botanic Garden, check it out here.

This month, we received a surprising five inches of rain, and the majority of the ferns continued at a steady growth rate in both locations. The Pellaea species, and the Dropteris arguta all showed the most dramatic increases in growth index numbers. The temperatures here have already hit the 90s, and we will be checking the soil for moisture in the test site areas and begin our summer watering regimens next week. We will be dividing each of the test sites into two groups, with half of the species receiving water once per week at each site, and the other half of each species receiving water every other week at each site throughout the summer. We are all interested to see how they will perform!