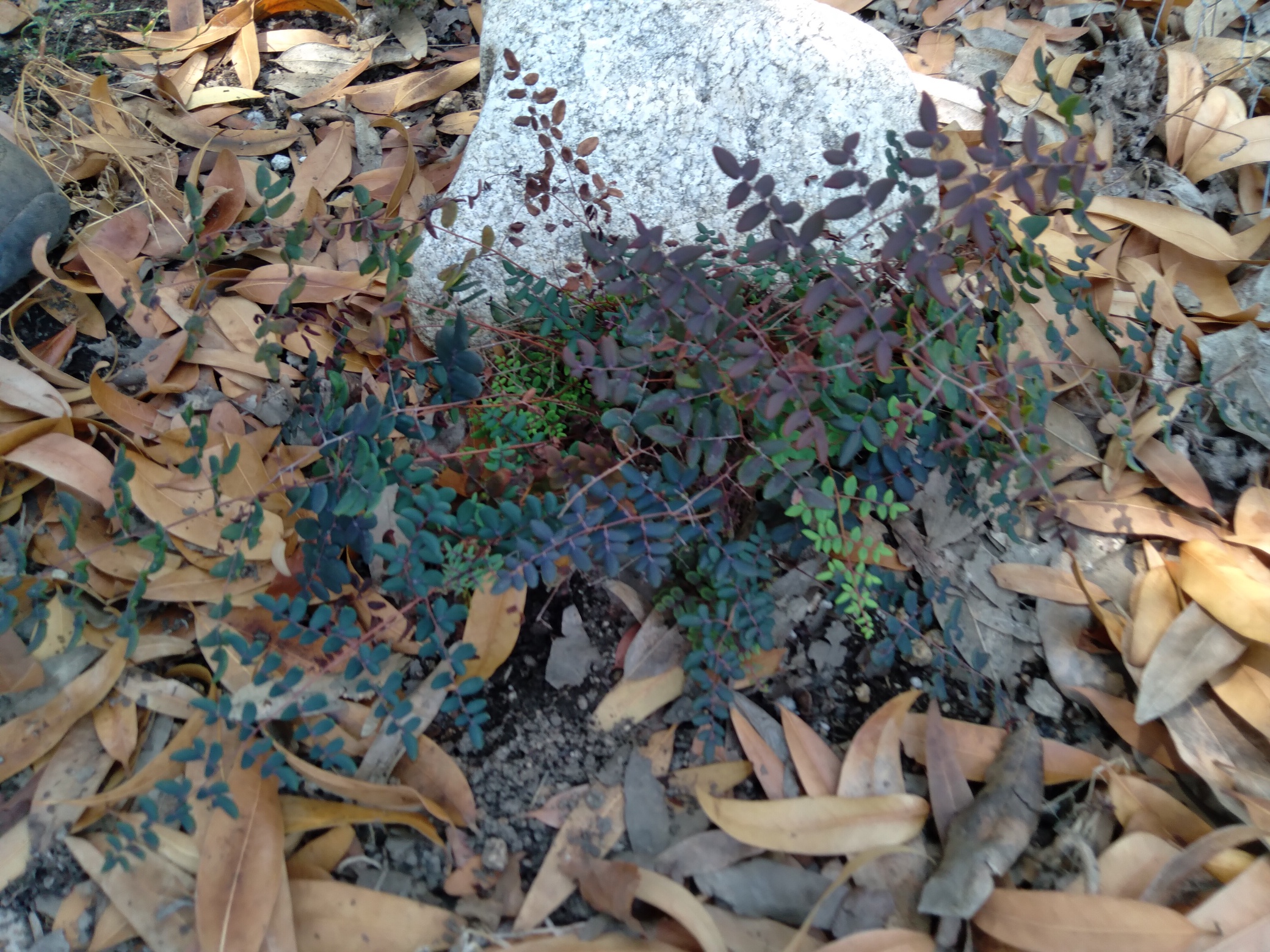 August has been a scorcher here; with temperatures in the high 90's and low 100's for the majority of the month. The chaparral ferns have responded in a few interesting ways:

Three of the Pellaea mucronata that receive weekly water in the well-draining site in the communities began pushing out some new growth during this warm period; the number of fiddlenecks ranged from 1 to 6. The P. mucronata receiving weekly water in both test sites seems to be thriving, while those that receive water every other week have finally begun to show signs of dormancy. None of the plants receiving bi-monthly water are completely dormant, but the leaflets on fronds have turned a faint grey-green. A deeper green-grey color returns after watering, but it is not maintained for the entire two-week interval.

The Myriopteris covillei that were robust going into the experiment in both sites, still look very good while receiving water weekly, and one that receives water every other week in the communities still looks great. Most others are either fully or partially dormant. 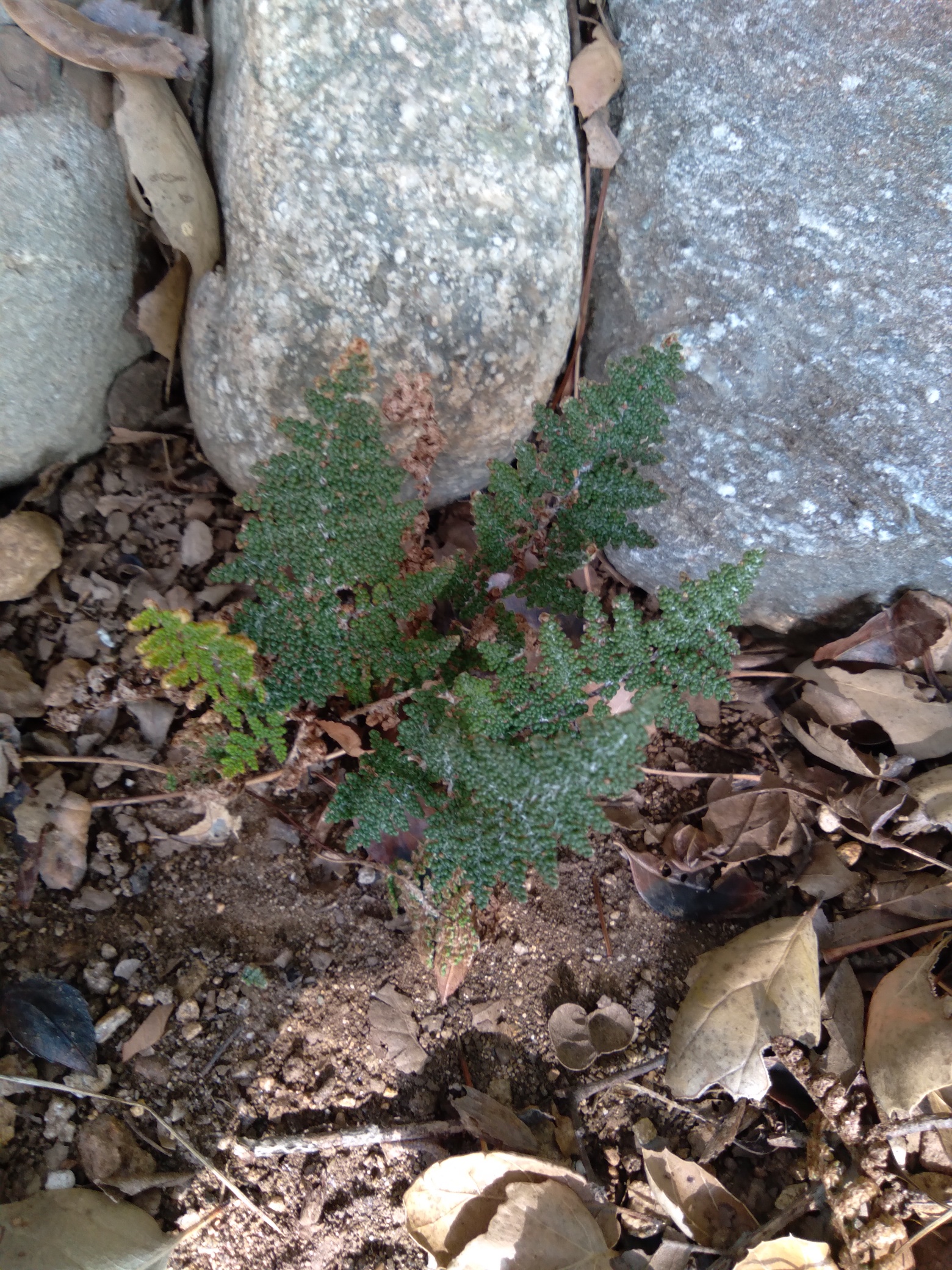 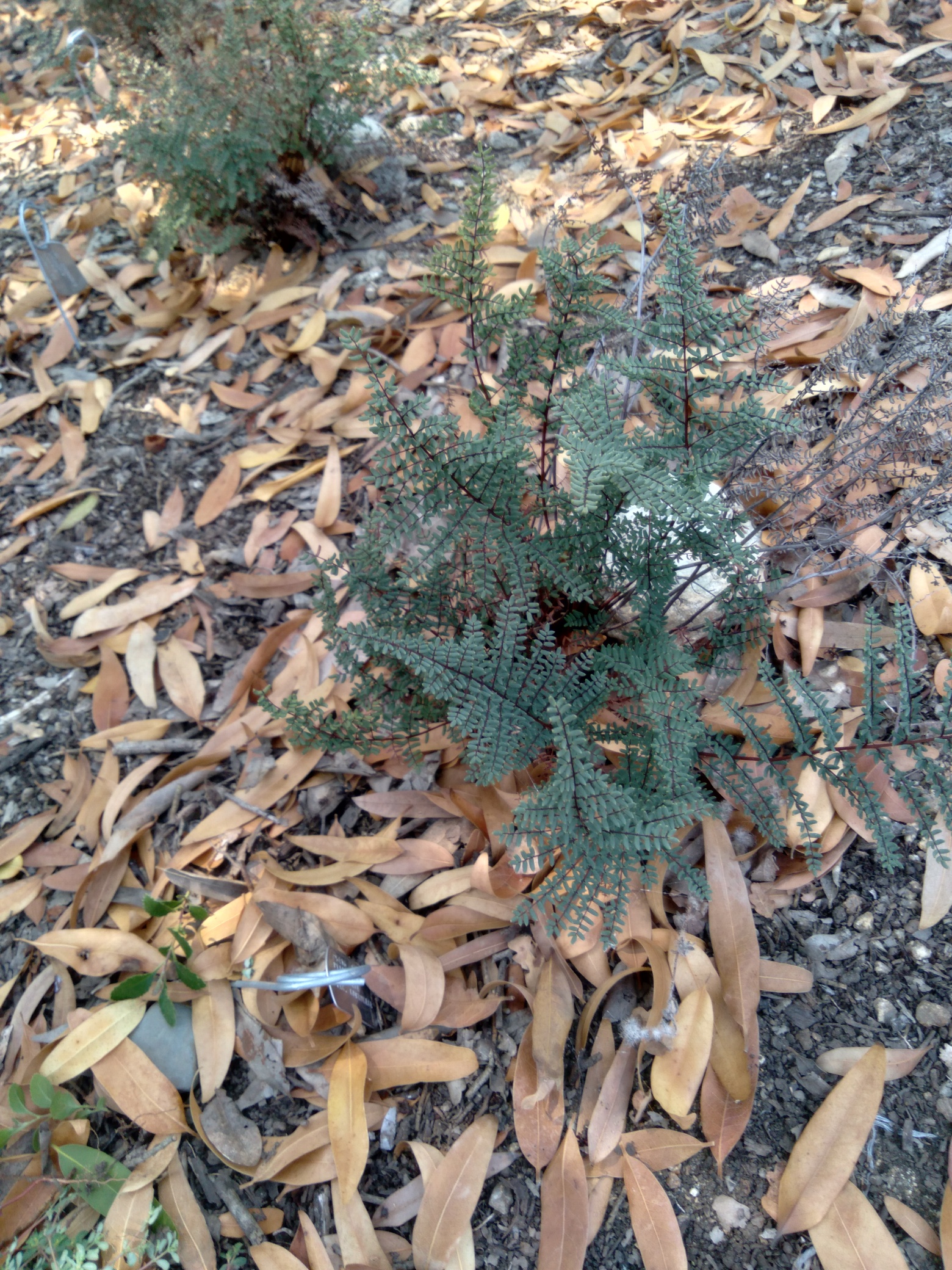 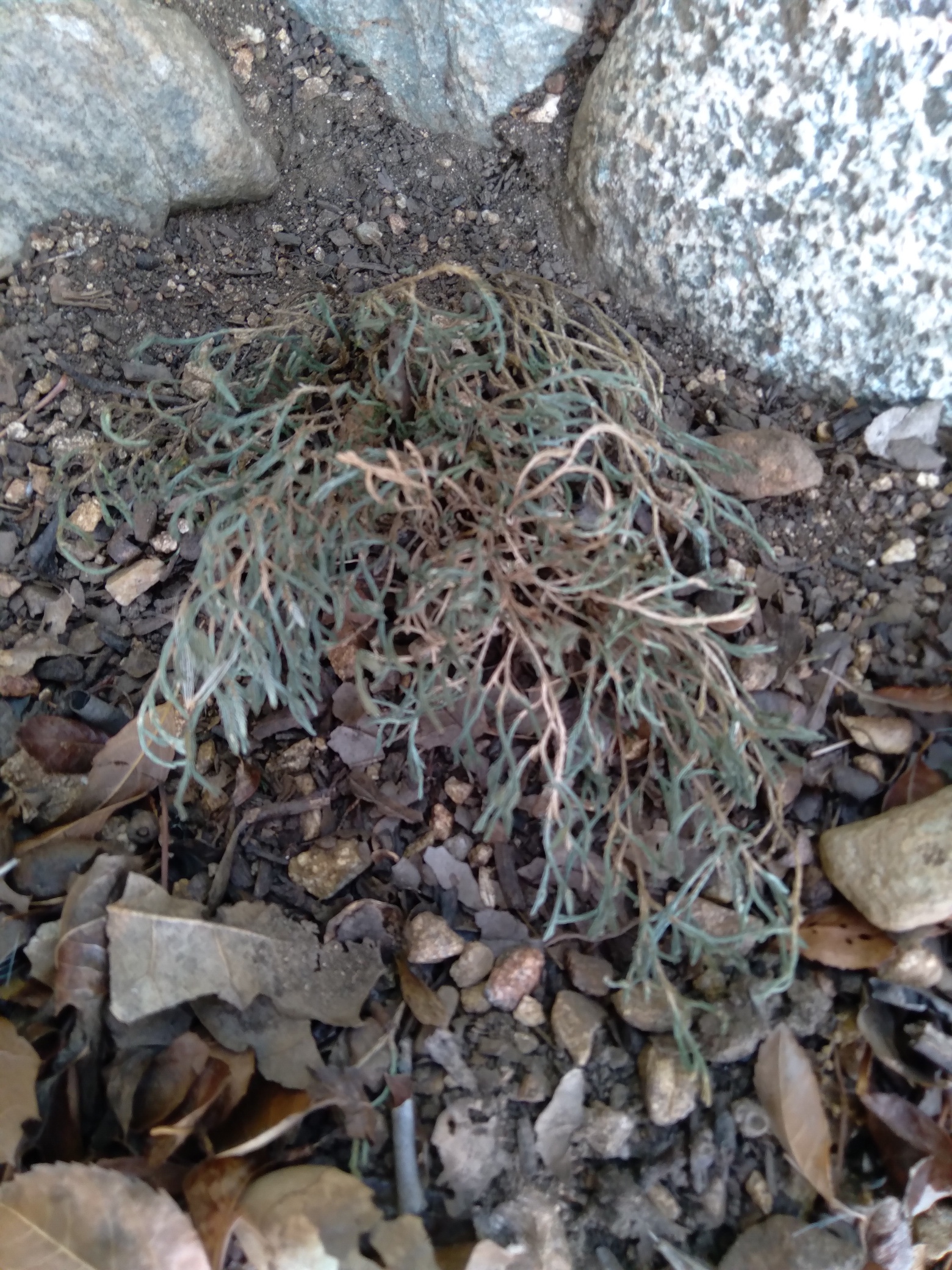 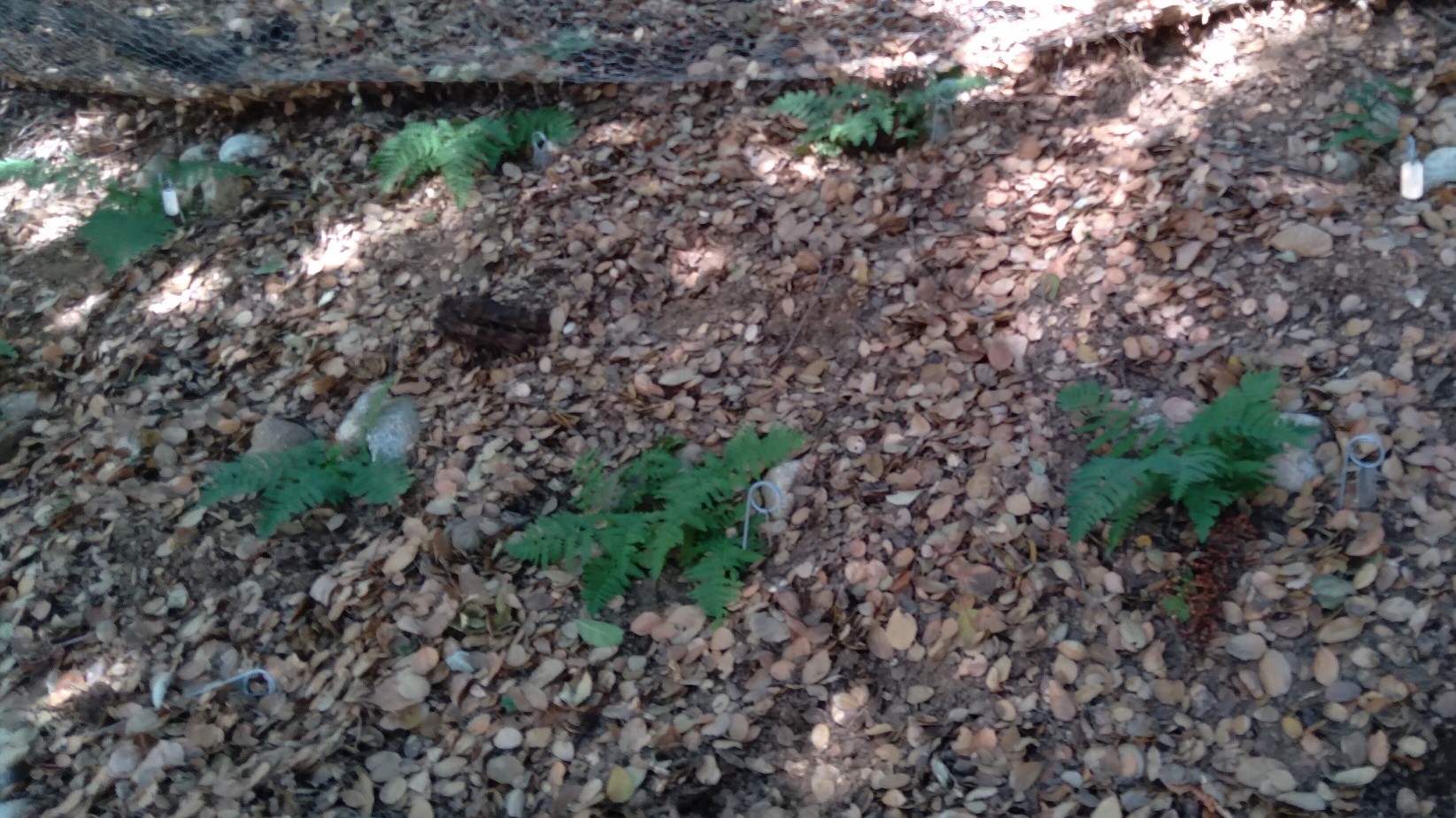