An Exhibition on the Art & Armament of Botanical Warfare
Game of Thorns features living fortresses of the Plant Kingdom, showcasing the weaponry of Western North American plant species in combination with large-scale macro and microscope photography, original sculptures, immersive displays and more. This original exhibition was developed by Rancho Santa Ana Botanic Garden. Featured in Public Garden, the official magazine of the American Public Gardens Association, and funded in part by a successful Kickstarter campaign, the exhibition garnered recognition from both the Southern California and Public Garden community. During the exhibition, general visitation increased by 12%. In addition, exhibition-related programming and merchandise raised $5,000 in additional revenue.

About the exhibition: When it comes to war, plants don’t retreat. Rooted to the ground like castles of old, plants have evolved an array of armaments to defend against their mortal enemies. This floral arms race has produced a stockpile of protrusions, from spines as sharp as samurai swords to insidious barbs that resemble  whaling harpoons. Perhaps all of us have experienced the unexpected wrath of a plant’s thorns, spines, needles, prickles or barbs. With anatomical names as diverse as the pained noises they can cause, plants have independently evolved these protrusions many times over. Barbed, hooked, serrated and envenomed, microscopic or massive, warningly poised in vivid color or stealthily hidden, the arsenal and qualities of botanical weapons are limitless. Experience the Game of Thorns, an exhibition featuring the Major Houses of California's Plant Kingdom, from the merciless House Cactacea to the stealthy House Legume, discover the secrets of plant warfare and choose a side on the botanical battlefield. Plants are paired with large-scale magnifications of their armaments, created through scanning electron microscope and macro photography. In addition, crystalline thorn sculptures reveal the complexity and beauty of these weapons - each sculpture created through 3D scanning real thorns, 3D printing them in enlarged sizes and casting them. 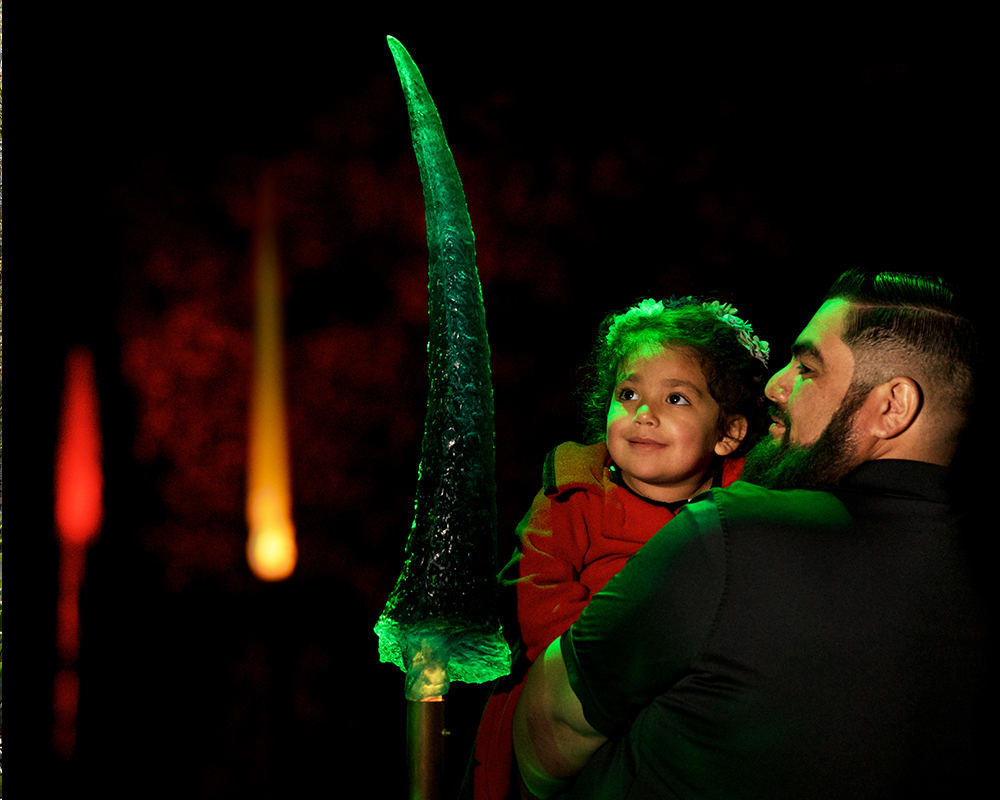 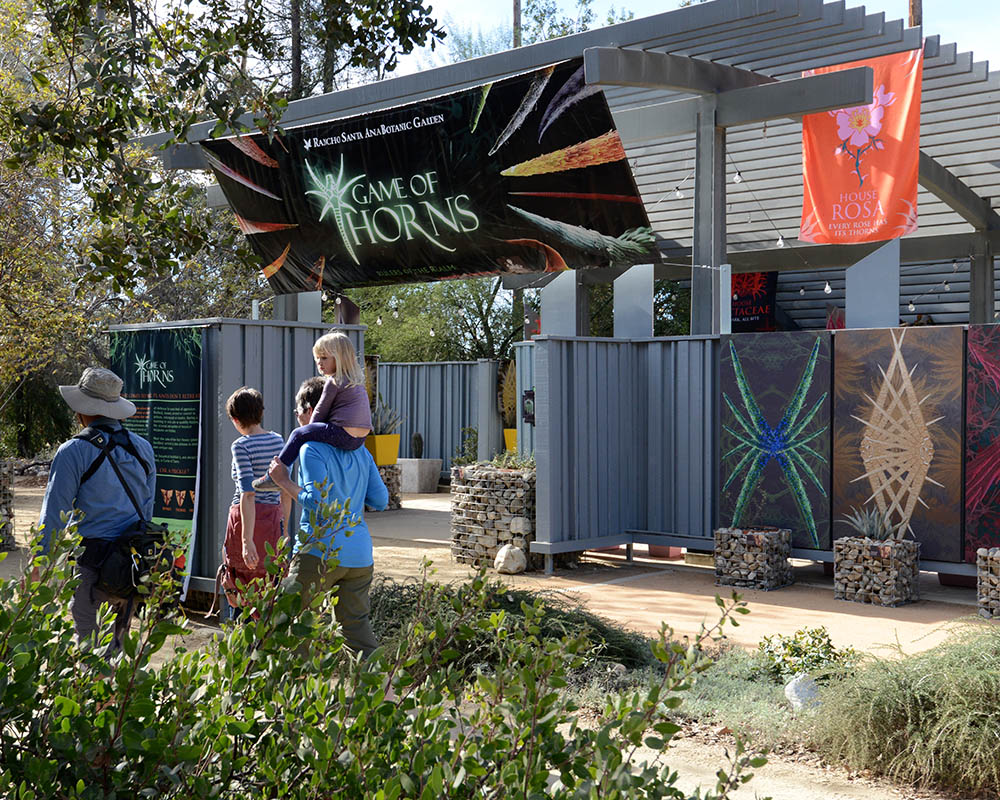 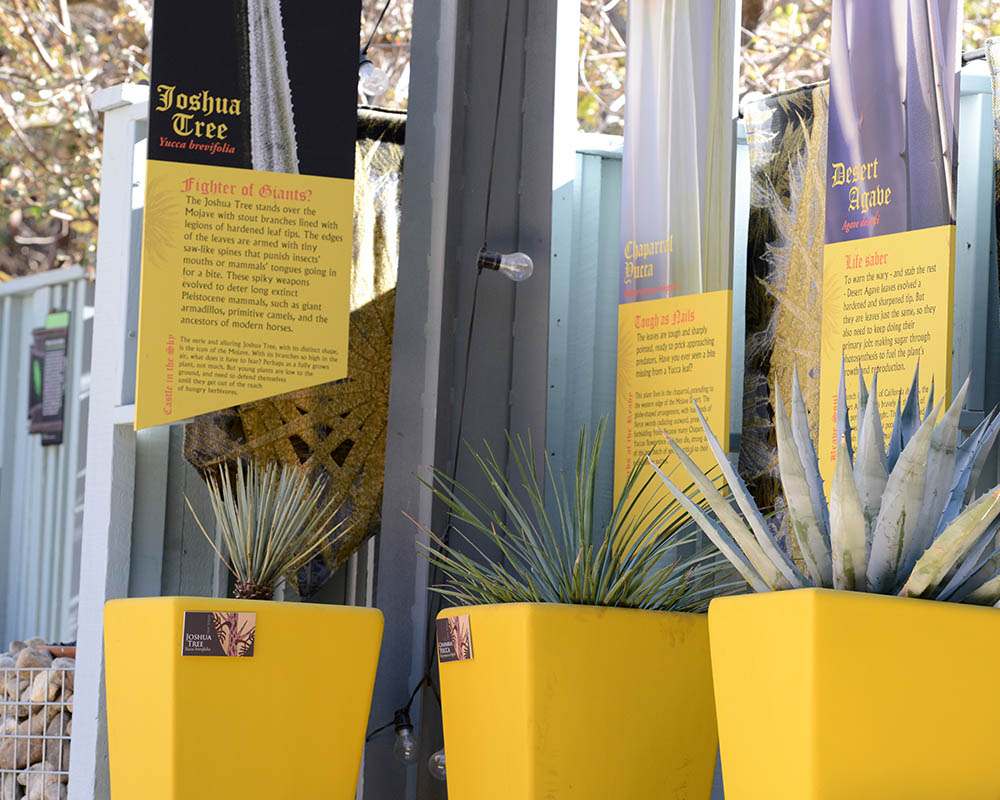 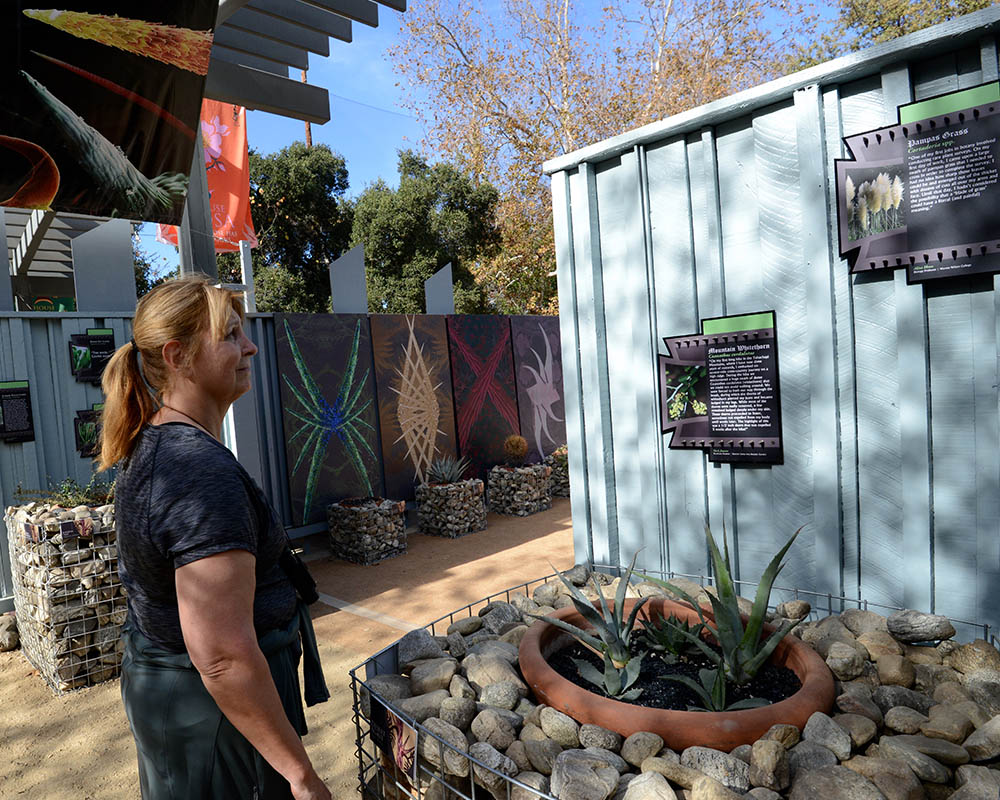 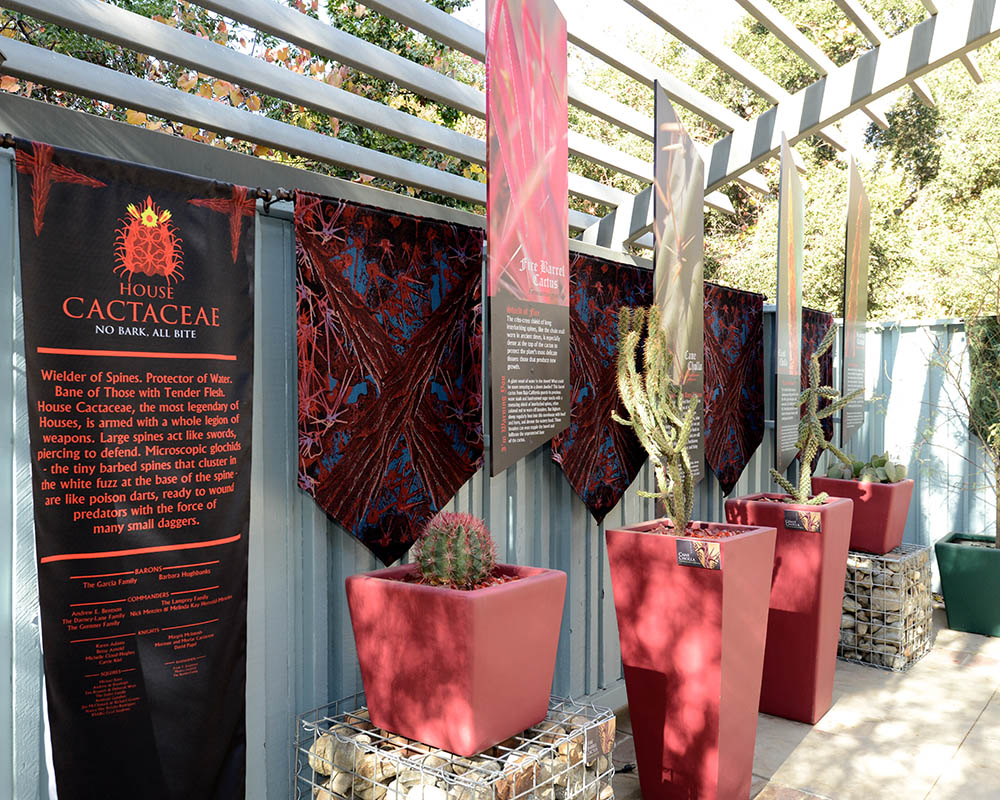 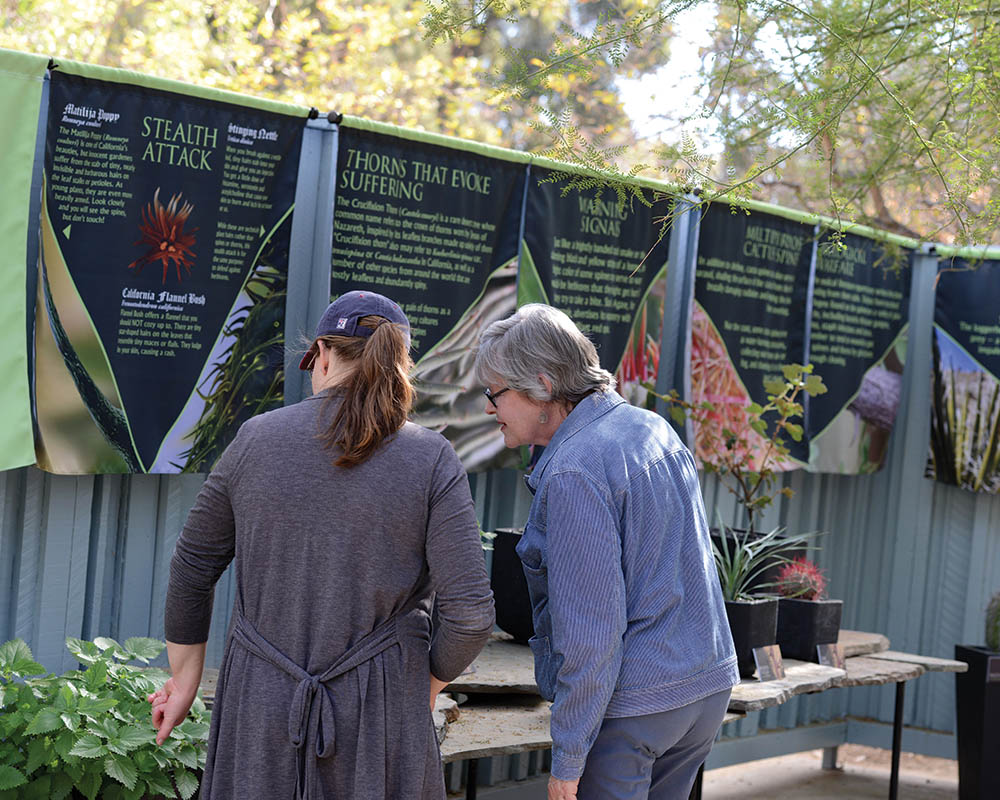 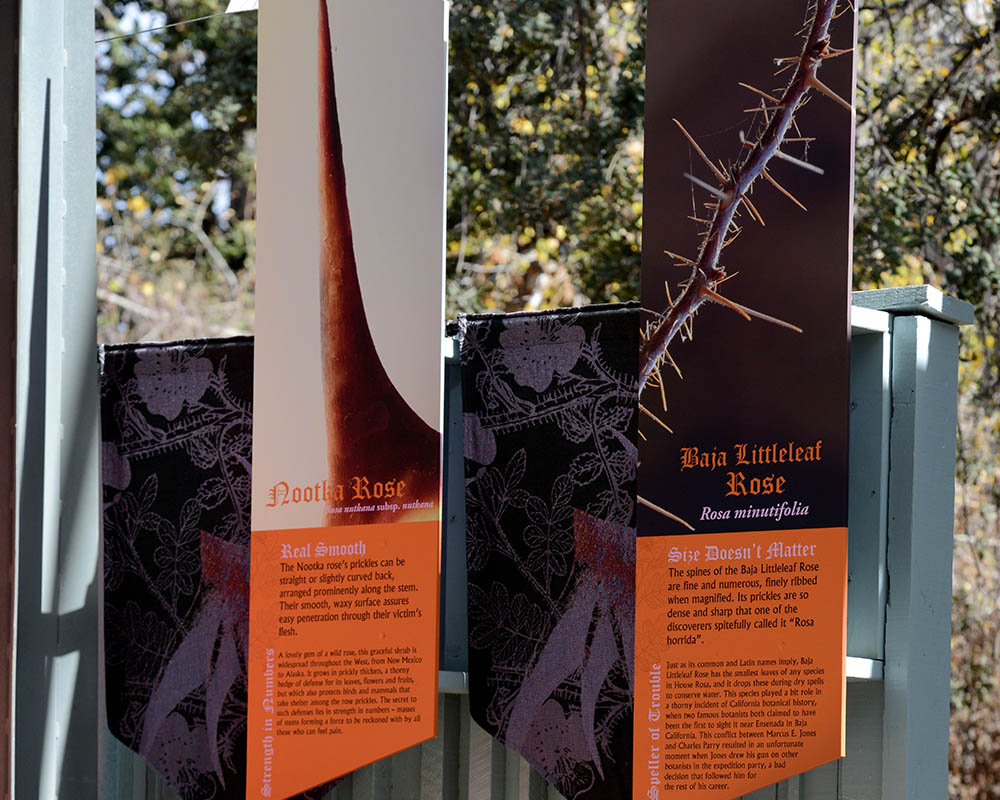 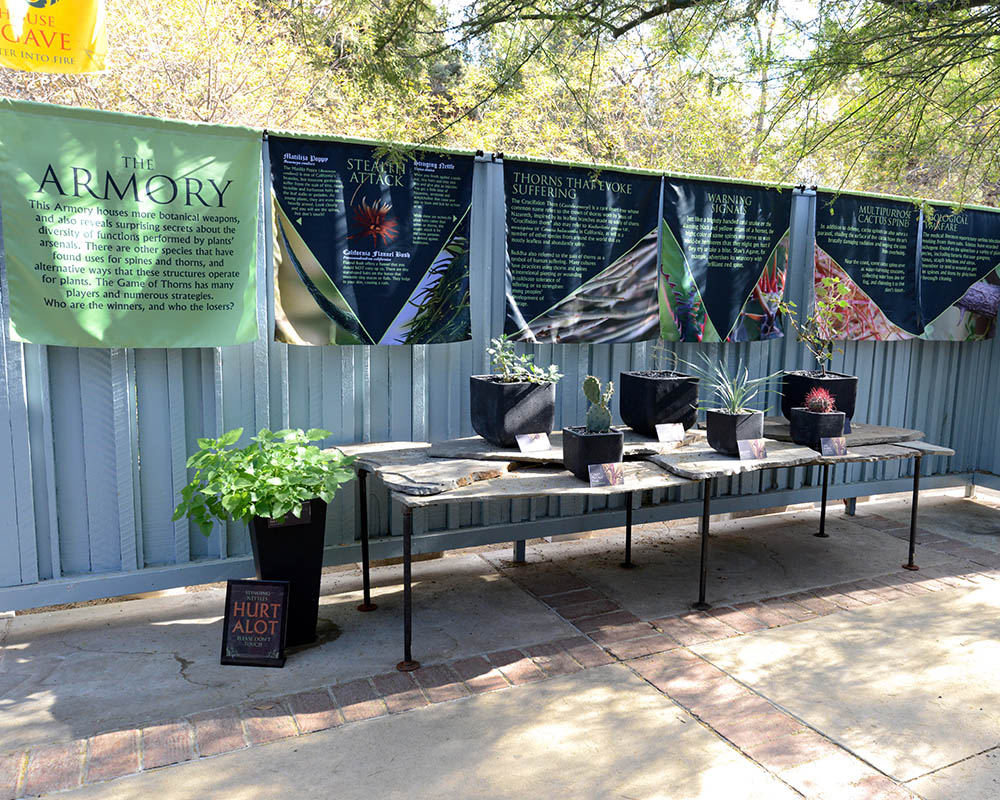 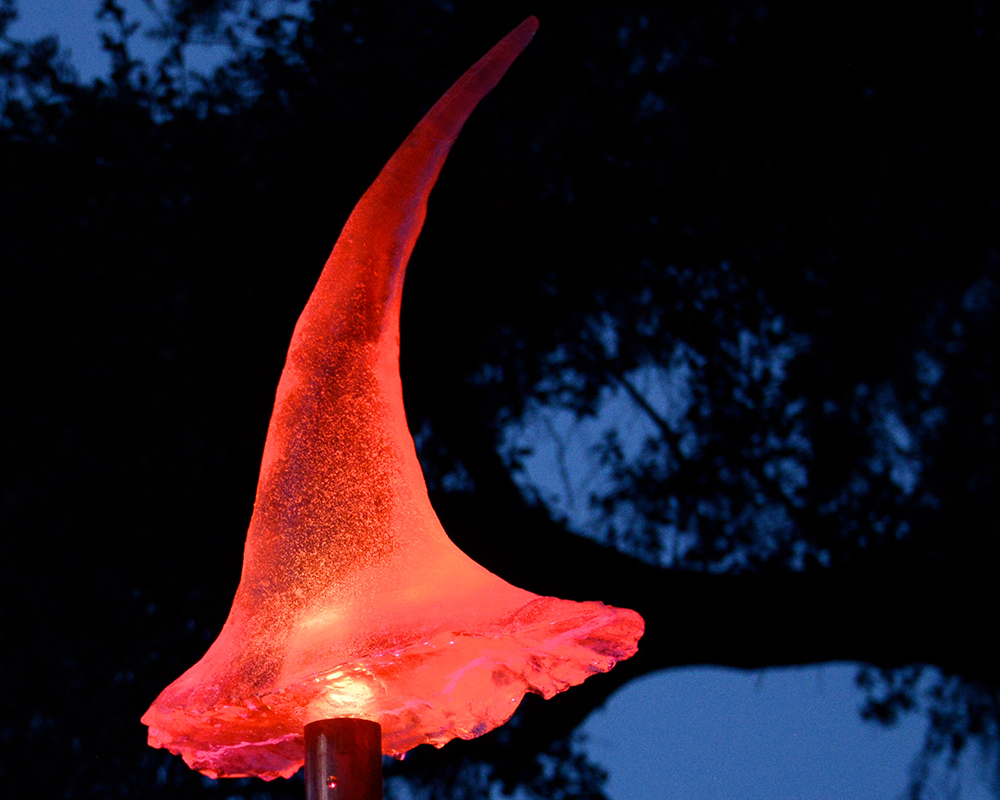 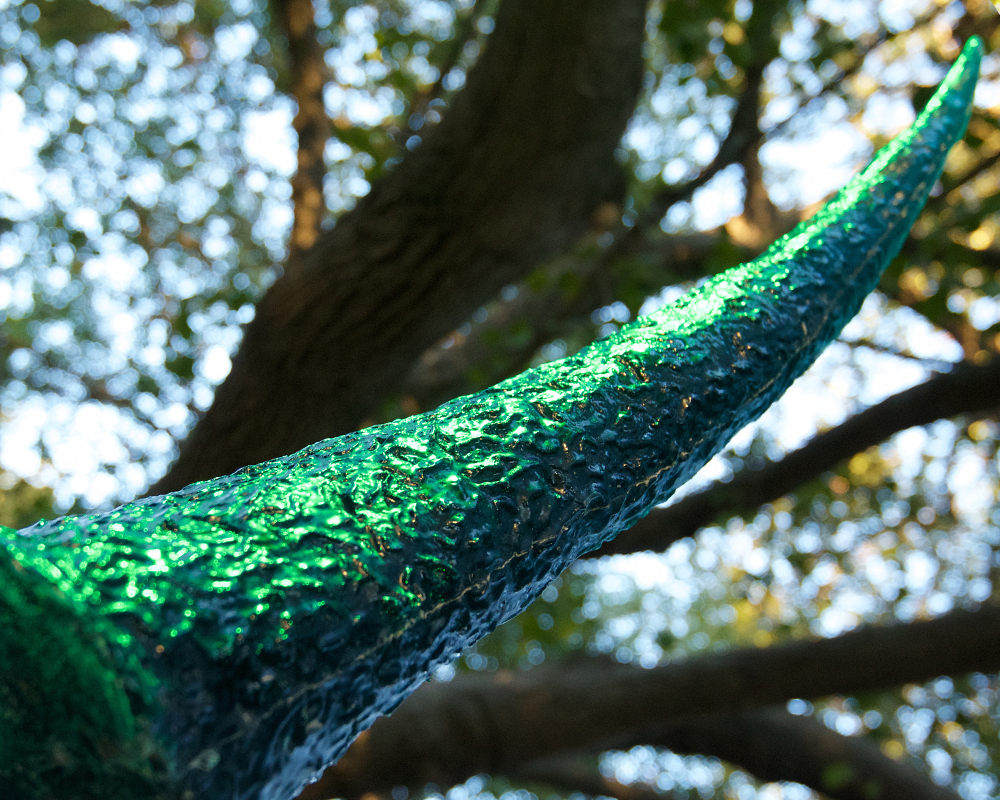 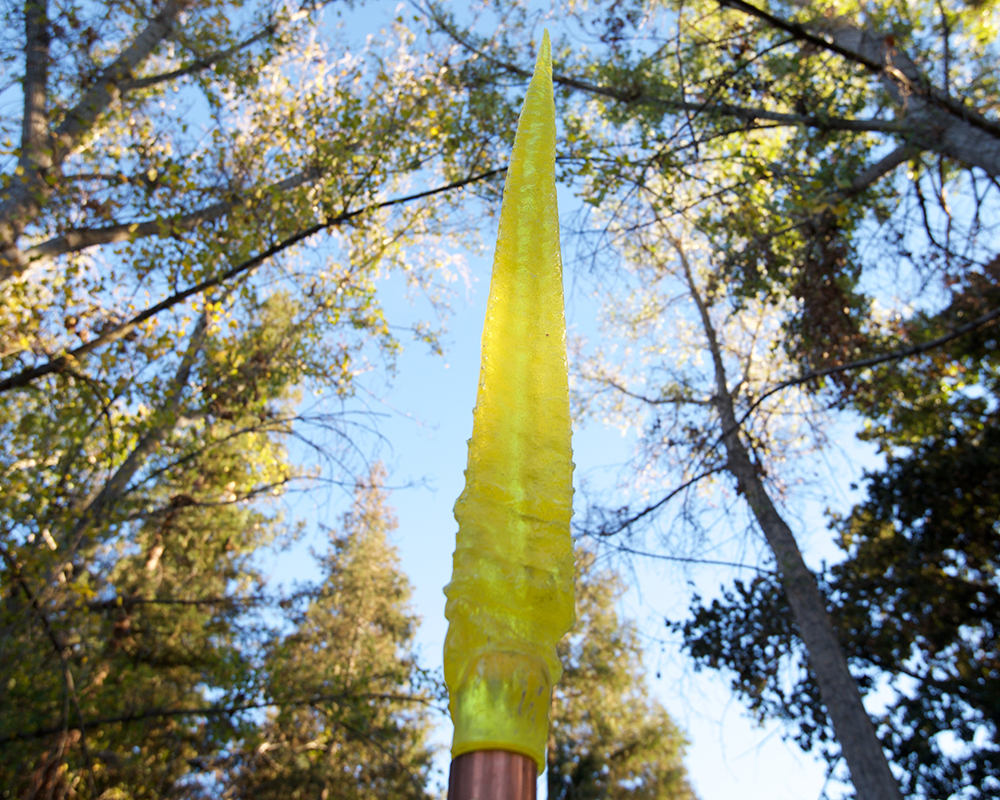 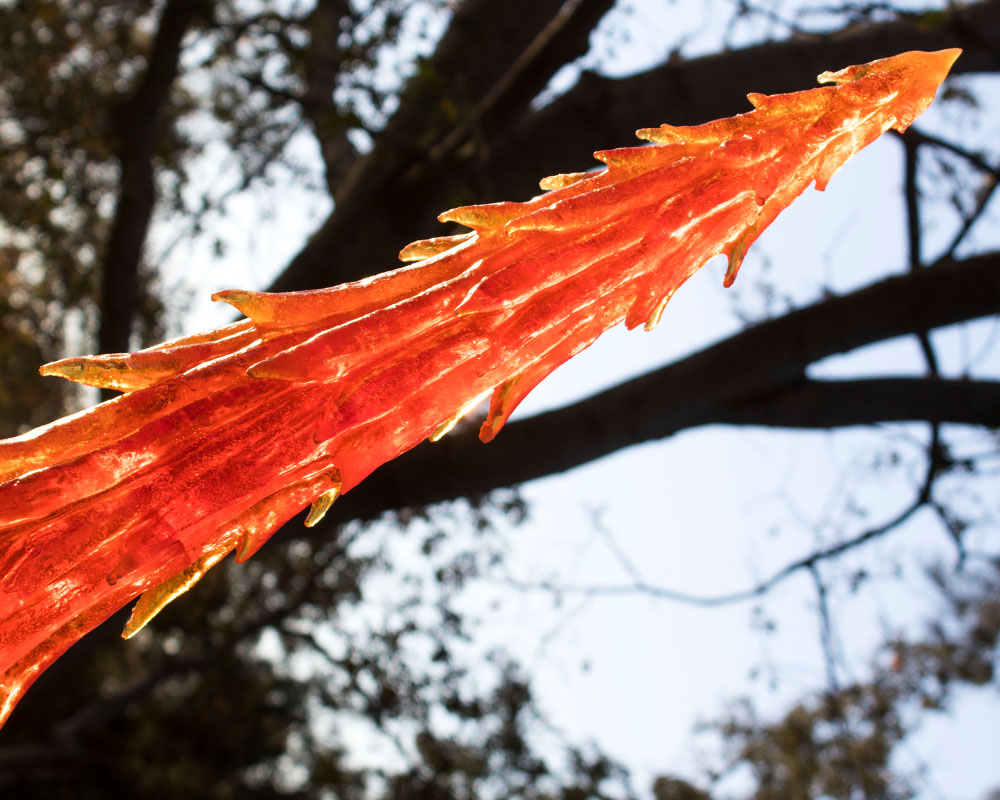 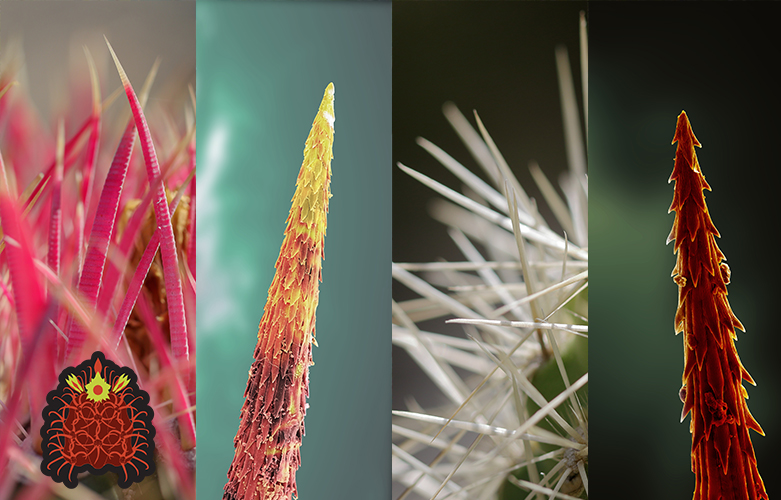 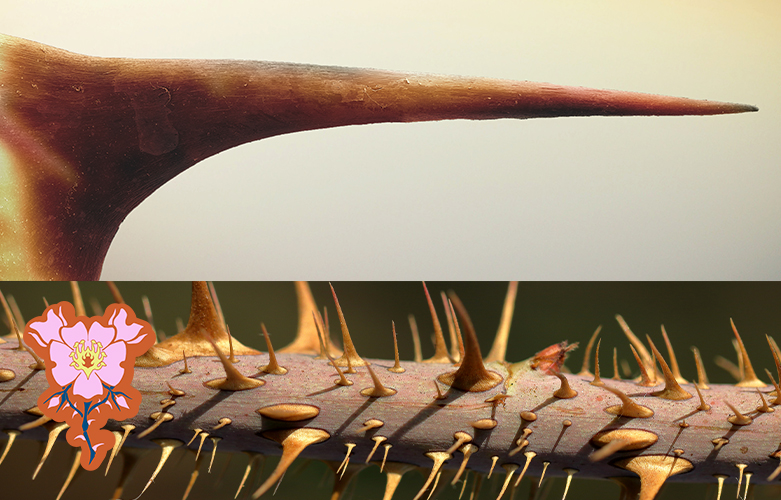 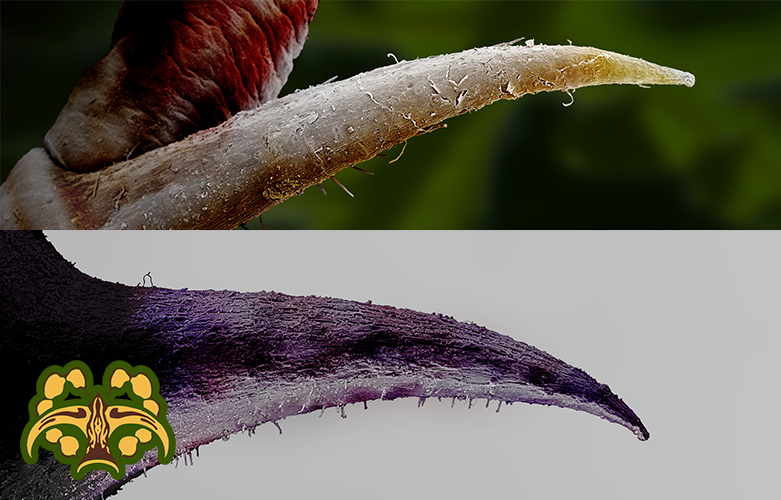 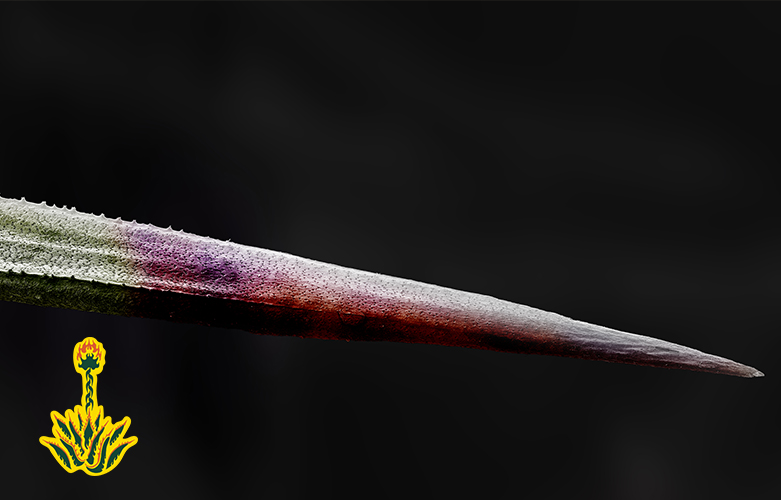 Interested in Featuring Game of Thorns at your Botanical Garden or Institution?
Game of Thorns is available for loan to other botanical gardens and institutions for a three to six month period starting as early as March 2019! This original exhibition can only be featured at one other botanical garden - claim the opportunity now! Game of Thorns is well poised to raise attendance at your Garden and offer your visitors a contemporary perspective on the amazing qualities of plants at the same time. The exhibition includes over 30 living plants, including specimen and rare plants, from boojum (Fouquieria columnaris), Kofa Mountain barberry (Berberis harrisoniana) and many more as well as eight crystalline thorn sculptures, scanning electron microscope imagery of plant armaments, unique decor, original designs and a wealth of interpretation. An asset list of exhibition elements is available below. For more information and pricing, contact dbryant@rsabg.org.